Gearing up for inflation FEBRUARY 25: People walk by the New York Stock Exchange (NYSE) on February 25,2021 in New York City. As a rapid rise in Treasury yields has made equity investors nervous, stocks fell

Such concern is also driving fund managers to review their investment strategies to build portfolios that are resilient enough to withstand price fluctuations.

BlackRock Inc, for instance, has turned bearish on credit and government bonds, downgrading the two asset classes to “underweight” over the long term because of high valuations and inflation expectations, Bloomberg reported over the week.

“For investors, most global bonds and cash are presently priced for negative future returns after inflation. These yields are deeply unattractive for portfolios, ” Citigroup investment specialist Jessica Tan says in recent report.

Still, Citigroup reckons there are some good opportunities within fixed income, and it favours selective segments which could help to achieve returns with reduced risk.

These include variable rate loans, which are preferred to high-yield corporate bonds, as they are higher in the capital structure and potentially offer less volatility without giving up on yield; and emerging market (EM) bonds, which could benefit from firmer EM currencies and rising commodity prices which are likely in the new economic cycle.

A combination of huge fiscal stimulus in response to the Covid-19 pandemic fallout, low interest rates, ample liquidity and the expected recovery in demand for goods and services as economies emerge from lockdowns and vaccines are being rolled out have resulted in renewed inflationary fears among investors.

As it is, some signs of inflationary pressures are already visible, argues DBS Bank.

“From freight to semiconductors to industrial metals to soybeans, the supply-demand dynamic is tight. These developments are beginning to show up in inflation expectations, as evidenced by the recent upward march in both five-year forward, five-year inflation swaps and inflation-adjusted bond yields in a variety of countries, not just the United States, ” DBS Bank chief economist Taimur Baig says.

“As vaccination and fiscal support expand, there could be a jump in demand for services, supply of which may struggle to keep up in the near term. But perhaps most importantly, the very fact the central banks are asserting that they will tolerate some overshoot of their inflation targets could play a powerful role to cementing expectations of higher prices to come, ” he adds.

But if inflation were to rise persistently, global financial stability will be at risk, Taimur cautions.

“Whatever inflation lies ahead, it better be only temporary. Persistently higher inflation could put the global economy and markets under grave danger, ” he says.

“Given the massive debt burden at the sovereign and corporate level at many parts of the world, an ensuing jump in long-term rates would give rise to debt sustainability concerns; capital flow and currency volatility would follow, central banking would become challenging, investment could suffer, and social unrest could be foment. We should be careful about what we ask for, ” he adds.

Schroders points out that global markets are gradually waking up to the risk of rising prices, noting inflation expectations, as measured by the yield difference between nominal and inflation-protected US Treasury bonds, have bounced back sharply from their pandemic lows.

“Investors should not underestimate the pernicious effect that inflation can have on the value of their wealth. Rapid price increases lower a currency’s purchasing power, reducing the amount of goods and services you can buy with money, ” Schroders strategist, research and analytics, Sean Markowicz cautions in a report.

“This damage can be mitigated by investing, although your capital is at risk and different asset classes will offer varying levels of inflation protection. Traditional portfolios, such as those holding equities and bonds, are potentially most exposed, ” he adds.

According to Schroders, inflation can be good for holders of assets, if their values rise faster than the general level of inflation. However, the investment management company says, it can be bad for anyone with a fixed income.

He points out that short-dated treasury bills are unlikely to yield better results, as the US Federal Reserve has indicated that interest rates will remain close to zero for at least the next three years as it aims to hit its new objective of a 2% average inflation target. This makes any interest rates hikes in response to a rise in inflation unlikely.

“Equities may sound more enticing because, in theory, a rise in prices should correspond to a rise in nominal revenues and therefore boost share prices, ” Markowicz says.

“On the other hand, this may be offset by a contraction in profit margins given an increase in companies’ input costs, ” he notes.

What’s more, he adds, the market will often discount those future cash flows at a higher rate when inflation rises to compensate for the fact they are worth less in today’s money.

Whichever inflation scenario unfolds, Markowicz argues, traditional equity and bond investors have a lot at stake, and hence, they cannot afford to be complacent. 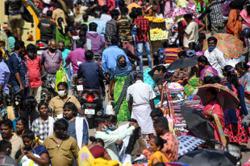