DISCERNING investors could eke more gains out of developing-nation bonds, but the bulk of the rally in the riskiest corners of the market may have passed.

The gap between spreads on emerging-market high-yield debt and global peers has narrowed from a record 470 basis points in May to 127 basis points, close to the 10-year average of 94. Developing-nation high-yield bonds lost 1% in January, halting a two-month rally that handed investors returns of more than 8%.

“There is some value in selective BB rated names in emerging markets, but most of the spread compression and total return gains have already come and gone, ” said Paul Greer, a London-based money manager at Fidelity International, whose debt fund outperformed 90% of peers in the past three years.

“We have much less conviction on B or CCC-rated emerging-market credits with elevated cash prices, ” he said. These include Costa Rica, El Salvador and Angola, which were among the biggest gainers in January.

There are other signs that the rally has matured. High-yield bonds in emerging markets have become the least remunerative to investors, and the riskiest, since May 2013, based on the option-adjusted duration on the Bloomberg Barclays gauge for the debt. This measure of sensitivity to interest-rate changes has risen to 5.65%.

The last time it was that high, eight years ago, the index’s yield rose three percentage points in as many months. The yield itself has fallen to its 2018 low, evoking memories of the selloff fueled by the US-China trade war.

A surge in US yields will probably cause sentiment toward riskier assets to sour. While that is likely to happen in the event that the Federal Reserve pulls back its asset purchases or there’s a faster-than-expected rise in inflation, that’s at least “several quarters away, ” said Bryan Carter, global head of emerging-market debt at HSBC Global Asset Management in London.

“Although high-yield credit spreads are back to historical average levels, having recovered from the Covid-19 crisis panic period, we see room for spreads to enter a euphoric zone based on a Goldilocks combination of economic growth rebound, easy monetary policy and another fiscal stimulus from Congress, ” Carter said. “This could last several months or quarters.”

Even then, the manager prefers credits from Africa and in the Middle East that have been “mispriced” by expectations of new supply or the lack of recent market access, while avoiding sovereigns with debt-sustainability issues or untenable debt service levels.

A tidal wave of monetary support and optimism that coronavirus vaccine rollouts will sustain a global economic recovery, amid more than US$16 trillion of negative-yielding debt worldwide, have emboldened investors to hunt for returns in riskier assets. That enabled junk-rated sovereigns, including Turkey, Oman and Benin, to cushion the blow to their budgets from the pandemic by selling bonds last month that yield as high as 7.25%.

“That’s been giving investors comfort that the market is open and there’s time for countries to appropriately adjust policy, ” said Michael Cirami, a Boston-based money manager at Eaton Vance Corp, which oversees US$583bil. But “there’s always a concern about a liquidity event turning into a solvency event, ” he said.

Still, the riskiest of the risky has struggled to borrow. Laos, which was downgraded to CCC by Fitch Ratings in September, has yet to pull off a deal after last month reviving a bond offering that it had postponed in December.

“There’s still room to go in the high-yield space but it’s really dependent by country, ” said Cirami. He’s sticking with Egypt, which has enacted sweeping reforms since 2016 and whose bond due 2050 offers “reasonably good compensation” with a spread of about 640 basis points over Treasuries. — Bloomberg 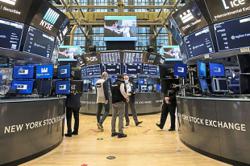 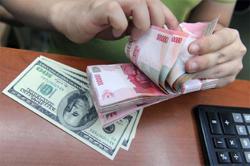