CGS-CIMB noted that there were several potential silver linings for the sector including the announcement of the 12th Malaysia Plan (12MP), new MRT 3 and new HSR proposals.

PETALING JAYA: Prospects for the construction sector in the first half of this year seem lacklustre amidst the second round of the movement control order (MCO 2.0) and project cancellations.

CGS-CIMB Research said its assessment of the sector outlook for the first half of 2021 fails to excite.

“Developments from end-2020, such as the termination of the Kuala Lumpur-Singapore High Speed Rail (HSR) bilateral agreement, the MCO 2.0 and the declaration of a state of emergency (likely till August), have dampened our earlier positive expectations of a catalyst-driven first half.

“At this juncture, we feel that the speed of the construction sector’s recovery could remain muted but still backed by Budget 2021’s RM37bil direct infrastructure allocation, ” it said in its latest note.

While it remains to be seen if political overhangs will lead to a delay in the implementation of recovery initiatives for the construction sector, the recent turn of events, nonetheless, points to an unexciting period for the industry.

But CGS-CIMB noted that there were several potential silver linings for the sector including the announcement of the 12th Malaysia Plan (12MP), new MRT 3 and new HSR proposals.

“Our channel checks post-termination of KL-Singapore HSR suggest the likelihood that a revised version of the MRT 3 project could be given the green light ahead of the ongoing feasibility studies on the alternative Kuala Lumpur-Johor Baru HSR line.

“Funding and viability aspects aside, the government’s new plan to roll out an alternative (shorter) HSR project that is 30% cheaper than the original RM60bil cost, excluding rolling stock and systems, and which will start two years earlier – likely in 2022 by our estimates – remains unchanged, ” it said.

However, the research house also gathered that the new MRT 3 proposal may see up to a 40% cut in total original cost of RM45bil on the removal of certain underground scopes.

“Our estimated RM63bil-RM74bil in combined potential civil works is a huge catalyst for the job outlook but our reservations about the MRT 3 and new HSR projects lie in the timing risks and uncertainties brought about by the political landscape, which could remain in a state of flux till the second half of 2021, ” it cautioned.

A positive note, though, is that the MCO 2.0 does not come with a stop-work order and, as such, will not cause a severe disruption to construction works and the building material supply chain.

But the reinstatement of the MCO may, to an extent, negatively impact the timing of the rollout of new projects in 2021 and earnings of contractors if it is extended beyond the two-week period.

CGS-CIMB said the overall potential impact of the two-week MCO period is negative but still manageable at this juncture as the measure is only applicable to selected states.

As an indication, its previous estimate accounting for a 30-day stop work order during MCO 1.0 in 2020 worked out to a 14%-22% net negative impact to earnings per share. Therefore, the likely impact on contractors’ earnings during MCO 2.0 will be less as most contracts are allowed to proceed.

Given its considerations, CGS-CIMB kept its “neutral” call on the construction sector, reiterating that potential silver linings in the first half of 2021 include the announcement of 12MP, new tenders for water contracts in Selangor, approval of a revised MRT 3, new details for KL-JB HSR and new private sector/public-private partnership contracts.

On the other hand, key downside risks for the sector include funding limitations for mega jobs, politics and delays in Budget 2021 projects due to the MCO 2.0.

Its preferred stocks for the sector are YTL Corp Bhd 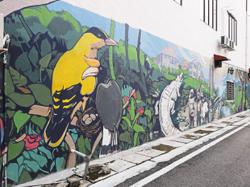