PETALING JAYA: Every sen allocated in the name of fiscal stimulus measures must be spent effectively and needs to reach the target groups without any leakage or delay, urge economists.

Following the announcement of the RM15bil “Perlindungan Ekonomi dan Rakyat Malaysia” (Permai) assistance package yesterday, economists have welcomed the measures that are intended to shore up consumer and business sentiment amid the second round of the movement control order (MCO 2.0).

However, the onus is now on the government to ensure that these measures reach relevant sections of society in time to reduce the adverse impact arising from the ongoing movement restrictions.

Speaking to StarBiz, MIDF Research economist Mazlina Abdul Rahman called upon the government to closely monitor the implementation of fiscal stimulus initiatives to avoid any hiccups. 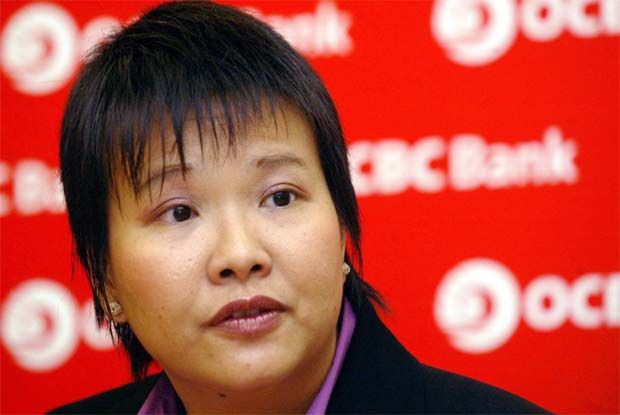 OCBC Bank chief economist Selena Ling said that the government may remain reluctant to undertake a “bazooka”-type fiscal largesse, given the external constraints imposed by the market.

She also said that streamlining of eligibility criteria and a more targeted disbursement would improve the effectiveness of stimulus packages.

“The government needs to make sure that the man-on-the-street is aware (of the stimulus initiatives) and acts upon it.

“What matters is whether the measures will receive higher take-up rates among our citizens and the outcome is measurable and visible. This should be the guiding principle when deciding the fiscal stimulus measures, ” he said.

AmBank Research stated in a note that the speed of economic rebound depends on how fast and effectively the stimulus measures are implemented.

Should there be a prolonged period of restrictive measures, the research house said there was a need for the government to keep spending to help shore up the economy – even if it required the government to adopt “a more relaxed attitude to managing the national budget”.

“Raising the debt level is a high cost for the economy now, but as the economy improves, this high cost could be reduced with prudent policies, ” it said.

Prime Minister Tan Sri Muhyiddin Yassin said yesterday that a total of 22 initiatives would be implemented under Permai, anchored on three main objectives, namely, combating the Covid-19 outbreak, safeguarding the welfare of the people and supporting business continuity.

The Permai package will be financed by reallocating the government’s existing funds based on current priorities and through more prudent spending.

The premier also pointed out that the government had already announced four economic stimulus packages worth RM305bil previously. Out of the amount, RM55bil came from the government’s direct injection.

Among the key highlights of Muhyiddin’s speech was the enhancement of the wage subsidy programme (WSP), which allows all employers operating in the MCO states to apply.

The Prihatin Special Grant Plus assistance will be extended to cover 500,000 SMEs in the MCO states with a payment of RM1,000 each, while 300,000 SMEs in other states will receive RM500 each.

A one-off financial assistance of RM500 to 14,000 tourist guides as well as 118,000 drivers of taxis, school buses, tour buses, rental cars and e-hailing vehicles was announced, with an additional allocation of RM66mil

In addition, electricity rebates will be given to all TNB users, domestic and non-domestic at a rate of two sen per kilowatt-hour, which is equivalent to a reduction in electricity bills of up to 9% for a period of six months, from Jan 1 to June 30,2021.

The government has also agreed to extend the effective period of the inability to perform contractual obligations to March 31,2021 under the Temporary Measures for Reducing the Impact of Covid-19 Act 2020, or Act 829.

MIDF Research’s Mazlina said the Permai stimulus package acts mostly as an improvisation and expedition of existing initiatives by the government.

Nevertheless, she pointed out that there were some new initiatives announced under Permai such as the enhanced WSP.

“This (enhanced WSP) could probably hold retrenchment decisions by employers.

“In addition, relaxation of the conditions for the Employment Insurance System programme or SIP PRIHATIN is most welcomed, as this will provide temporary financial support to those who are affected by this pandemic while they look for the next source of employment, ” according to Mazlina.

“Under the current circumstances, we can’t really be dogmatic in respect to keeping the fiscal deficits in check, as the present situation warrants a swift and flexible approach when deciding the type and quantum of fiscal intervention.

“However, there must be a plan to reduce the budget gap once the economy has recovered.

“The government would need to relay this message to its citizens effectively so that there will be a buy-in, ” he said.

In a statement earlier yesterday, OCBC Bank chief economist Selena Ling said that the government may remain reluctant to undertake a “bazooka”-type fiscal largesse, given the external constraints imposed by the market.

“Already, the Dec 4,2020 downgrade by Fitch ratings agency serves as a reminder of the limits of fiscal space that Malaysia may run into, especially given its relatively high stock of government debt.

“With the relatively dim prospect of large-scale fiscal help, the onus is thus for monetary policy to shoulder the burden more considerably, ” she said.

Ling sees a “heightened chance” for Bank Negara to cut the overnight policy rate to 1.5% in the upcoming meeting on Jan 20, from the current rate of 1.75%.

“Depending on how things pan out in the pandemic fight in the weeks thereafter, we might well see another rate cut to 1.25% in the March meeting as well, ” she said.