Malaysia's biodiesel mandate to be delayed by 6 months 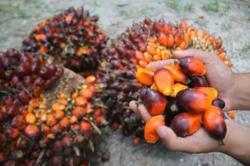 File pic: A laboratory technician works on Biodiesel 40% (B40) as he holds a bottle of oil at the Research and Development Agency of the Ministry of Energy and Mineral Resources in Jakarta, Indonesia. - Reuters

"Nationwide we are giving priority for the government's post COVID-19 economic recovery plan, which is more crucial. We have limited resources and must identify priorities,” he told Bernama today.

Earlier in the day, Indonesian Palm Oil Association (GAPKI) vice chairman Togar Sitanggang, who spoke at the virtual Malaysian Palm Oil Trade Fair and Seminar 2021 (POTS Digital 2021), confirmed that Indonesia's plan to roll out the B40 mandate could be delayed beyond the end of 2022.

Plantation guru Dr James Fry, who is the chairman of LMC International, said at the same event that in Malaysia, every year the implementation seemed to be "delayed, delayed and delayed”.

Responding to this, Ravi said it was not right to say that Malaysia had delayed the implementation of the biodiesel programme.

"We have implemented the B10 biodiesel for the transportation sector and B7 for the industry since 2019. It's not right to say Malaysia has delayed the implementation of the biodiesel programme.

"We have implemented the B20 programme in Langkawi and Labuan as well, and next we will proceed to Sarawak and Sabah, once we have upgraded the depots,” he added.

The mandate to manufacture biofuel with a 20 per cent palm oil component -- known as B20 -- for the transport sector was first rolled out in January 2020, and was set to be fully implemented across the country by mid-June this year.

"I would expect this (B40 laboratorial testing) to be done at least in the first half of year 2021.

"The B40 composition could be 40 per cent fatty acid methyl ester (FAME) or 30 per cent FAME plus 10 per cent hydrotreated vegetable oil (HVO) or a FAME-HVO combination depending on the availability of HVO from Pertamina (Indonesian energy corporation)," he said on the third day of POTS Digital 2021.

He said that while some would say 40 per cent FAME was good enough, but the Indonesian automotive industry and the government believed that 30 per cent was the maximum blending.

"I do not really see B40 (to happen) so fast even in 2022. It will depend on the economic and pandemic situations in 2021," he said, adding that the pandemic had created problems in terms of logistics, machinery and people that built it, as they were not allowed to enter the country which resulted in the commissioning process being stopped.

Earlier in his presentation at the seminar, Oil World executive director Thomas Mielke said the biodiesel production/usage was still high in Indonesia, the United States, Brazil and the European Union in the October-December 2020 period. 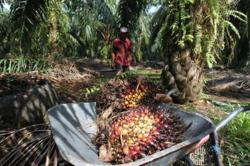