GLICs should increase participation in the nation

THE Covid-19 pandemic has put the focus on the domestic economy like never before.

Some argue that government-linked investment funds (GLICs) should take up a big role, that they should focus their resources and funds on strengthening the local economy through higher participation with the private sector. GLICs should also partner foreign investors coming into the country and even help boost small and medium enterprises (SMEs).

“More than 70% of GLIC funds are invested in the Malaysian market. Hence their funds will not perform if the local economy is not doing well.

“GLICs should increase their participation in the local economy and perhaps even beyond the capital market, especially in the private sector, ” a fund manager says.

A market observer reckons that GLICs could also form partnerships with foreign investors to promote direct investments in the country.

The good news is that it is happening already, albeit in a small way. Dana Penjana Nasional (DPN), which was set up by the government last year as part of the economic recovery plan, is a matching fund-of-fund programme in a bid to boost investments into Malaysian startups.

Under the DPN, the government will match up to RM600mil, on a one-to-one basis, for funds raised by venture capital (VC) fund managers from foreign and private local investors, with a target allocation of RM1.2bil.

Towards this end, the DPN has selected eight VC fund managers from the United States, South Korea, China, Indonesia and Singapore to invest in Malaysian startups as part of the RM1.2bil programme.

It was reported that these eight VCs and their local partners were carefully selected among 51 applicants and will be focusing their investments on core sectors including fintech, edutech, agritech, mobility and artificial intelligence. 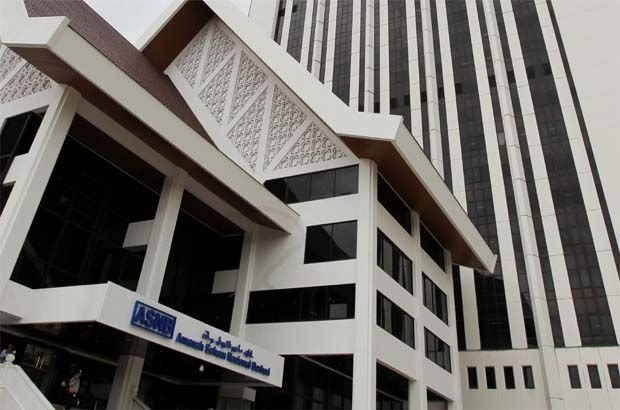 A rather new comer in the GLIC space is Urusharta Jamaah Sdn Bhd (UJ), a special-purpose vehicle (SPV) set up by the Finance Ministry in late 2018 to take over the non-performing assets of LTH.

It is noteworthy that Malaysia’s stock market has been underperforming for years. Over the last seven years, the index ended in positive territory only twice, which was in 2017 and 2020.

As such, overseas asset allocation is also a strategic move for GLICs for risk management and diversification to ensure sustainable returns in the long run.

PNB, for instance, declared a 4.25% dividend for its flagship fund Amanah Saham Bumiputera (ASB) for 2020. Despite being the lowest since its inception, PNB said its overseas investments helped to buffer the lower return from its investment in the domestic market.

In 2019, although the FBM KLCI declined by 7%, PNB managed to disburse a total of RM13.2bil in income distribution and bonuses to its unitholders, thanks to its overseas investments.

“Overseas investments have generated far more than the domestic market for this year (2020). Had we not diversified into the overseas market, our earnings would have been much less, ” PNB group chairman Tan Sri Dr Zeti Akhtar Aziz told StarBizWeek in an interview last November.

According to Bursa Malaysia, GLICs hold 25.9% of the total market capitalisation of the local bourse, representing RM440.4bil in assets under management.

“Hence, the performance of the stock market and the economic growth correlate with returns of the GLICs, which then benefits every unit holder across Malaysia, ” the fund manager says.

What comes next may prove more challenging for GLICs, which is to maintain its returns especially in the prolonged low-interest-rate environment.

With the Covid-19 pandemic continuing to taint global economic growth, the role of GLICs would need to change in assisting the government to ensure the sustainability of the country’s economy and the funds’ own returns.