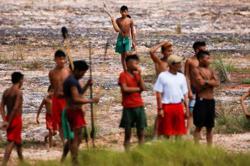 KUALA LUMPUR: Malaysia is ranked fifth among 17 other developing countries according to a Bloomberg study that gauges their outlook for 2021 based on 11 indicators of economic and financial performance.

In the study, Malaysia is ranked ahead of other Asean countries such as the Philippines (ranked 10) and Indonesia (ranked 12).

The study cited various data points including that Malaysia has a forecast GDP growth rate of 6.8% in 2021 and a fiscal balance of -5.4% of GDP next year.

In its note on Malaysia, the study highlighted of the undervalued current real-effective-exchange rates (REER) compared with the five-year averages compared to peers with z-scores of negative 1.4 or below.

Other countries having undervalued REER included Brazil, Turkey and Hungary.

“Many emerging market economies are poised to recoup economic losses, judging by various metrics surveyed by Bloomberg, ” the report said.

It noted that among the main factors for this is healthy foreign reserves, more so in Asia which would provide a cushion from external shocks.

However, it said that elevated debt-to-GDP readings will be worth monitoring for stability risks.

The report said that as the global recovery takes hold, and the US Federal Reserve keeps interest rates low, risk appetite should continue to strengthen in 2021.

This would be supported by favourable valuations and attractive real yields that would in turn lure foreign buyers, it pointed out.

“These countries are vulnerable to a negative shock, ” the report said.

“The debt burdens in South Africa, Hungary, India, and Brazil are also cause for concern, ” it added.

It also highlighted Goldman Sachs’s effective lockdown indexes which indicate that most developing economies stand to gain a lot in terms of activity catch up once the pandemic is brought under control.

“In the latest readings, Malaysia, Chile, and the Philippines have the most room to subside in 2021. Those indexes should all eventually converge close to zero, ” it said.

It noted that the surveys show that analysts are penciling in high rates of growth next year for some of the countries that have been hardest-hit in 2020.

“Each of the top five growth rates for 2021 are from Asia, led by India, China, and the Philippines, ” it said. 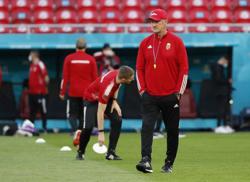