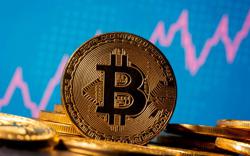 SHANGHAI/HONG KONG: As the price of bitcoin soars, Chinese cryptocurrency asset managers are looking to expand in places such as Hong Kong and Singapore, skirting an intensified crackdown at home.

Cryptocurrency-focused hedge funds have grown assets under management and registered hefty gains this year thanks to bitcoin's recent surge to over $18,000, close to its 2017 high.

At the same time, Beijing has been tightening already strict scrutiny over cryptocurrencies as the People's Bank of China (PBOC) prepares to launch its own digital currency, partly a response to the threat from currencies like bitcoin, officials say.

Beijing banned virtual currency trading in 2017, stopping a free-wheeling emerging crypto industry, and causing China's share of global bitcoin trading to slump to less than 4%, from nearly 17% in 2017, according to CoinShare, Europe's biggest digital asset manager.

Consequently, Chinese businessmen are looking elsewhere to raise crypto-focused funds, following the path of some of the world's largest crypto trading platforms which were founded in China but moved overseas in 2017.

A license in the Asian financial hub would help Babel become a "gateway" between traditional financial institutions and crypto investing, said Yang, who dreams of creating "the JPMorgan in the field of cryptocurrency."

Chen, who currently manages over $20 million of bitcoin assets, said he chose Singapore because of its regulatory structure. "Whether it's in the U.S., or Singapore, digital currency business is being increasingly regulated."

Singapore-based Onchain Custodian, which counts Chinese conglomerate Fosun as an investor is expanding too - even in China.

The company, which safeguards digital assets for institutional clients, plans to open an office in China to initially provide consultancy services in blockchain technology

However, activities onshore are still limited by regulation.

In October, the PBOC outlawed private issuance of digital currencies, and Malta-headquartered exchange OKEX was forced to suspend crypto currency withdrawals for a month because an executive was assisting Chinese law enforcement with their enquiries.

GMR's Chen lamented that China has lost its global pricing power, as well as its role as a key hub for bitcoin trading and mining: "China's first-mover advantage has vanished." - Reuters