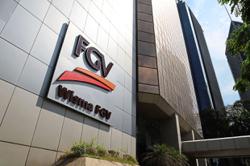 MIDF Research, in its latest report, has raised concerns about FGV’s future direction given several issues that will place the planter in an unfavourable light.

PETALING JAYA: Despite a turnaround in its earnings, the business prospects of FGV Holdings Bhd

This is due to the looming early termination of its 99-year land lease agreement (LLA) with Felda and the potential takeover of FGV’s palm oil mills by the agency, according to the analysts.

MIDF Research, in its latest report, has raised concerns about FGV’s future direction given several issues that will place the planter in an unfavourable light.

Firstly is the ban by the US on the group’s palm oil exports on alleged unfair labour practices. The US market accounts for less than 5% of the group’s revenue.

“This might potentially have negative spillover effects in the longer term, which the group is actively resolving, ” said the research unit. The government’s decision to support the LLA termination is also casting a shadow on FGV’s position as one of the biggest plantation companies.

The possibility of Felda taking over FGV’s mills could potentially jeopardise the planter’s business prospects “although such a scenario is premature at this juncture.”

It is also still early to assess the possible impacts on the termination of the LLA, depending on the outcome of the negotiation phase, the research unit pointed out.

On the expression of interest from Perspective Lane (M) Sdn Bhd to inject its plantation assets into FGV group and potentially becoming its single largest shareholder, MIDF Research is of the view that it could face major hurdles from multiple fronts.

Meanwhile, the research unit is comforted by the current progression on FGV’s turnaround plan to improve its business fundamentals as reflected in its second consecutive profitable quarters.

“Moving forward, we opine that the favourable CPO price in 4QFY20 coupled with a modest FFB production to generate a better financial performance for the group, ” it added.

The group’s aggressive fertiliser application during the same period is expected to improve the FFB yield going forward and thus resulting in better CPO sales into FY21.

In addition, the anticipated higher ASP of refined sugar and increase in sales volume should be able to help its sugar refinery unit, MSM Holdings Bhd to further reduce its losses in 4QFY20.

Meanwhile, CGS-CIMB Research is positive on the turnaround in earnings by FGV.

However, it cited concerns over the potential plans by Felda to terminate the LLA and buyback the FGV palm oil mills.

“This could dampen future earnings prospects for FGV, ” CGS-CIMB said in its latest report.

As such, the research unit is keeping its hold call on FGV. “However, we raise our sum of parts based target price for FGV at RM1.34 to reflect RM9,500 per ha for the leased estates versus RM8,000 per ha in view of its improving earnings.”