PETALING JAYA: The enhanced movement control order (EMCO) that is being imposed on some of Top Glove Corp Bhd

’s workers quarters affects a smaller proportion of the company’s workforce than initially estimated by analysts.

The biggest glove manufacturer in the world by capacity said the EMCO affected about 27% of its total workforce of 21,000.

The company said that as a result of the EMCO, its factories in Meru would continue to operate but with reduced capacity.

It said workers not under the EMCO are working under strict standard operating procedures in alignment with guidelines from the Health Ministry.

It also noted that the majority of the affected workers are asymptomatic and did not have symptoms such as fever or any other sickness.

In its report, CGS-CIMB said that according to its estimates, Top Glove has a total of 16,000 workers, of which 8,000 are at the Klang factories.

“We also estimate that Top Glove’s Klang factories contribute up to 50% of its total production capacity of 90 billion pieces per year, ” CGS-CIMB said.

It expects that up to 15% of Top Glove’s total production capacity will be affected, assuming that all 2,500 workers or 15.6% of its total workforce of 16,000 and 31.2% of its estimate of number of Top Glove workers in the Klang area are not allowed to work for two weeks.

It also expects Covid-19 screening tests for all of the company’s workers in Klang to result in one-off costs of RM3.2mil at an estimated RM330 per test.

“We also gather that Top Glove does not expect any cancellation of orders or any penalty payments to its customers owing to late delivery of orders as a result of this EMCO, ” CGS-CIMB said, maintaining its “add” call on the stock with a target price of RM10.

CGS-CIMB said it made no changes to its FY21-FY23 forecast earnings per share estimates pending further updates on this matter.

It said its target price is based on a 17 times 2022 forecast price-to-earnings ratio that is in line with its five-year historical mean.

“We continue to like Top Glove as it is the key beneficiary of higher glove demand due to the Covid-19 pandemic, given its position as the world’s largest glove maker, ” the research house said. 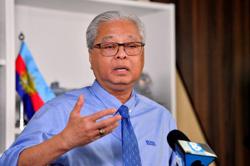