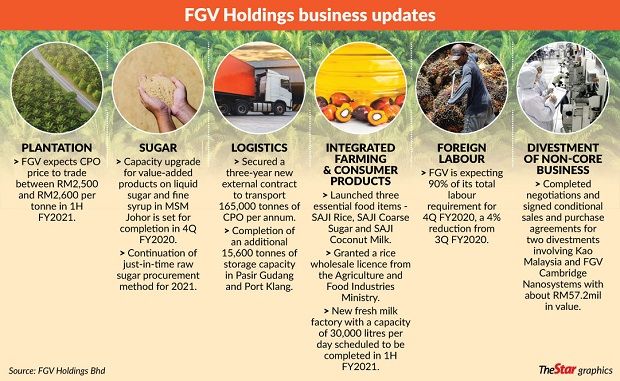 has yet to receive official notice from Felda for an early termination of its 99-year land lease agreement (LLA) with the agency. 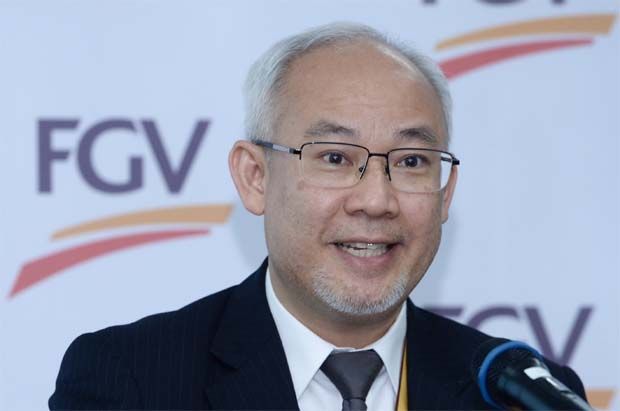 He said at a virtual press briefing to announce on the group’s third quarter financial results that “our palm oil mills are a key component in the group’s plantation operation.

“Any discussions or interest in the mills will have to be taken on a willing buyer, willing seller basis given that our mills are not governed by the LLA with Felda.”

Furthermore, the LLA land only represents about 30% of the fresh fruit bunches (FFB) that the planter’s mills processes and the remaining 70% of the FFB were sourced from the settlers as well as third-party suppliers.

“Even without the LLA land, FGV would still need its palm oil mills to process the other 70% of the FFB.

“The mills are a critical part of FGV’s capability in terms of processing the FFB and also, to go further into the downstream markets, ” explained Haris.

Asked on the actual price tag of the mills, Haris said that the group would need to undergo a valuation process for that purpose.

FGV processed over 14 million tonnes of FFB annually. Analysts generally have estimated that Felda would need to fork out over RM10bil to acquire the palm oil mills from FGV.

The planter produced about three million tonnes of CPO annually.

On the LLA termination, FGV has pegged its compensation amount at between RM3.5bil and RM4.3bil based on an internal assessment.

Late last month, Felda Special Task Force chairman Tan Sri Wahid Omar had said although the palm oil mills were not subject to the LLA termination terms, Felda is planning to take over the FGV’s mills.

Minister in the Prime Minister’s Department (Economy) Datuk Seri Mustapa Mohamed also last month announced that the Cabinet has given the approvals for the issuance of RM9.9bil sukuk by Felda, and also, the LLA termination.

The sukuk will be used towards refinancing the agency’s loans and its working capital.

“This is something that we feel is very relevant in our quest to focus on the food sector, given that Malaysia has its own challenges when it comes to food security, ” he pointed out.

Asked on the Perspective Lane (M) Sdn Bhd (PLSB), a company owned by Tan Sri Syed Mokhtar Albukhary, which is interested to inject its assets into FGV, Harris said FGV has received the official letter.

Perspective Lane controls among others; Tradewinds Plantation Bhd and Central Sugars Refinery Sdn Bhd (CSR) – the businesses in which FGV has similar exposure.

Haris said “FGV is in the process of determining the assets involved, but CSR is being excluded.”

Earlier at the press briefing, Haris announced that FGV posted a net profit of RM136.89mil in the third quarter ended Sept 30 from a loss of RM262.41mil a year earlier - thanks to higher CPO prices and lower losses from its sugar refinery business.

During the quarter under review, the group said CPO prices averaged at RM2,645 per tonne, higher than CPO prices it realised a year ago at RM1,983 per tonne.

For the first nine months of the financial year 2020, FGV’s net profit stood at RM15.09mil compared with a loss of RM317.98mil a year earlier.

It posted lower revenue for the period at RM10.06bil from RM10.10bil previously.

the better performance was due to higher profit registered in the plantation sector as a result of higher crude palm oil (CPO) price and lower fair value charge of the land lease agreement of RM256.95 million compared with RM278.44 million registered in the previous year.