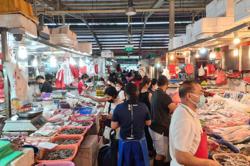 THE signing of the Regional Comprehensive Economic Partnership (RCEP) shows that multilateral trading system is vital in defending the global trading order in fighting against rising protectionism in advanced economies.

For China and Japan, Asia’s largest and second largest economies, the RCEP is the first FTA to connect them.

The RCEP comes on the heels of the world economy is reeling from the pandemic slump. The participating countries are pinning hopes on the quick implementation of the trade deal to serve as an engine for economic recovery in post-Covid-19’s new normal era. Landmark deal: Vietnam’s Prime Minister Nguyen Xuan Phuc (left) sits next to Minister of Industry and Trade Tran Tuan Anh as they watch a screen showing Chinese Minister of Commerce Zhong Shan (right) signing next to Chinese Premier Li Keqiang during the virtual signing ceremony of the RCEP agreement at the Asean Summit in Hanoi. — Reuters

Post-US presidential election, the fundamental issues behind the US-China trade tensions are not going to be solved any time soon and their bilateral, or even unilateral, resolution would also damage the rest of the world.

The RCEP, which also sets common rules and standards for a range of economic activity, will come into effect once the participants ratify the pact. How does the RCEP live up to investors’ expectations to make it an effective trading system that serve its own and global interests?

> By population and economic size, the 15 countries’ population account for 28.2% of world’s population and 31.6% of global GDP (U$25.6 trillion) and their total trade amounted to US$12.4 trillion.

> Lowering of barriers and non-barriers, further streamlining of rules and regulations in trade facilitation will boost trade among these countries and improve market access for goods and services.

The creation of a large integrated market in the RCEP would attract global companies to locate their business in the region and be part of the growing global value-chain activities. Most members are expected to reduce 80%-90% of tariff lines and maintain carve-outs for agricultural products.

> The multiplicative effect will kick in as the easing as well as simplification of trade and investment rules will facilitate the greater inclusion of Asean’s small and medium enterprises (SMEs) to global and regional supply chains. A common rule of origin for the RCEP bloc will lower costs for companies with supply chains that stretch throughout Asia and may encourage multinationals that export to RCEP countries to establish supply chains across the bloc.

> While tariff reductions in the RCEP matter, it is equally important to enhance trade facilitation and custom procedures in a manner that is predictable, consistent and transparent.

> It is reckoned that with the different levels of development of the participating countries, the RCEP will include appropriate forms of flexibility including the provision for special and differential treatment, plus additional flexibility to the least-developed Asean member states.

> The movement of information across borders, which is a key way for businesses to not only reach customers abroad but coordinate activity across countries.

> E-commerce and digital trade are of increasing importance in Asia to revolutionise trade and services. Block chain technology, industrial Internet of Things (IoT) and electronic communication are all essential elements of a globally competitive industry.

The democratising nature of the Internet has reduced the barriers that previously excluded small and medium businesses to global markets, exposing them to greater opportunities and risks. Hence the decreased barriers for e-commerce and the creation of coherent rules throughout the region to support digital-driven trade and services.

> Intellectual property right, digital copyright rules as well as investor-state dispute settlement provision are areas that have to be strengthened to enhance investor and business confidence in committing investment in the region.

This is the first of a two-part series on the RCEP. Lee Heng Guie is executive director of the Socio-Economic Research Centre. Views expressed here are his own. 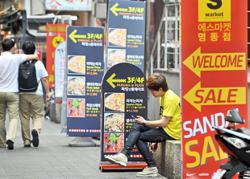