Jamaludin on his roller-coaster Axiata journey

Jamaludin Ibrahim: I leave with a heavy heart but I know Axiata is in good hands. The future depends on you.

TAN SRI Jamaludin Ibrahim’s four decades in the telecoms world has firmly entrenched him as an icon of the industry. Before joining Axiata Group Bhd

for 10 years. Now, after 12 years helming Axiata, he is ready to retire and to him, the journey has been one big “roller-coaster ride.’’

That is because he had to lead through troubled and good times, technological opportunities and challenges and the ever-changing nature of consumer demands and devices.

Between all that, there were regulatory meanderings across the various countries the group ventured into and two major financial crises. And just as he was beginning to plan for his departure from the company, Axiata and the world came face to face with the Covid-19 pandemic. There was never a dull moment and it has always been a steep learning curve for him, recalls Jamaludin. His mandate in 2008, when Axiata was created and he was made its head, was to turn it into a regional champion.

What he has helped create is an “Axiata which has rich and powerful assets with mobile, tower and digital assets that continue to attract suitors, not just its units but for the parent company too, ” quips Jamaludin.

Axiata is now 2.3 times bigger in assets, has a good reputation as a regional champion, a strong management team and balance sheet, a cash hoard of RM10bil and 150 million customers in 11 countries.

“When I took over, I had a RM4.2bil IOU that I had to pay to Telekom Malaysia Bhd

The “colourful’’ part of his journey was the many mergers and acquisitions he undertook to expand the business. Some were “good, some bad.’’

The good ones were XL in Indonesia, Robi in Bangladesh, Smart in Cambodia, Suntel in Sri Lanka and several others.

“But the bad one was of course India (Airtel), and the questionable one is Ncell in Nepal. India, for sure, was bad. I tried very hard to ask myself, could we have predicted Reliance Jio? It is so hard. I wouldn’t have ever imagined that there would be someone that daring and has US$40bil-US$44bil to put in five years, ’’ he says.

Here are the excerpts of the interview with him:

Would you have done things differently?

How do you feel leaving Axiata?

Broken. But it is my choice. I was supposed to retire earlier but the board asked me to stay back. It is the right time to pass over and I truly believe that sometimes it is good to have someone from outside the industry to look at it from a different perspective. It is a plus, not negative.

Your most memorable moments in Axiata?

Too many. A perfect year – can’t remember if it was 2013 or 2014. It was like a fairytale. Our market capitalisation was about RM63bil. But every market was also doing well, then all our stars were aligned.

Your parting message to those at Axiata?

Thanks for supporting me all these years. I leave with a heavy heart but I know Axiata is in good hands. The future depends on you. Pursue the new vision to be a digital champion and I will keep cheering the group as its greatest fan!

Where are you headed after Axiata?

The Star Exclusive - A giant plan to unlock value 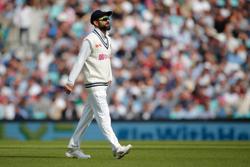