Homing in on hotel occupancy IN light of the devastation caused by the Covid-19 pandemic on the local hotel and tourism sector, nearly 10% of hotels surveyed by the Malaysian Association of Hotels (MAH) have already laid off or retrenched employees this year.

In a survey of 252 hotels across Malaysia, MAH reveals that 9.92% have laid off or retrenched employees; 32.94% are still imposing direct pay-cuts; 36.11% have reduced employee benefits and 44.44% still have employees on unpaid leave.

As at Oct 16,63.10% of hotels across the country have received cancellation of events, says MAH chief executive officer Yap Lip Seng.

“This has resulted in loss of revenue from events cancellation worth RM35.6mil, since the spike in Covid-19 cases at the end of September till Oct 16.”

In view of the surge in Covid-19 cases, the survey says 94.05% of hotels are allowing changes or refunds for bookings made.

The survey says that 78.17% allowed full refunds; 14.29% allowed refunds with a fee; 74.60% allowed for a change in booking dates; while 5.95% did not allow cancellations or allowed changes to be made.

Since the increase in Covid-19 cases from end-September, MAH says average hotel occupancy rates in Malaysia had suffered immediate drop of as much as 16 percentage points.

According to MAH, average hotel occupancy rates stood at 36.36% as at September and is projected to drop to 25.88% by end-October.

“Manpower cost percentage has gone up by 20.81 percentage points, indicating massive drop in revenues and extremely high burden on payroll costs, ” he says.

Meanwhile, Tourism Malaysia, in a statement in September, says Malaysia registered 4,252,997 tourist arrivals in the first half of 2020, marking a decrease of 68.2% compared with the same period in 2019.

“For the first six months of 2020, the tourist expenditure recorded a total of RM12.5bil, a decrease of 69.8% compared with RM41.6bil received for the same period last year.

In terms of the number of excursionists, or the daily visitors to the country, Malaysia recorded a total of 1,712,140 arrivals from January to June 2020, a decrease of 64.2% compared with 4,782,587 excursionists who visited Malaysia in the same period last year, says Tourism Malaysia.

“The significant drop in the number of tourists and excursionists is attributed to the closure of international borders in response to the spread of Covid-19 virus.

“After the World Health Organisation’s declaration of Covid-19 as a pandemic on March 11, the Malaysian government imposed the movement control order, barring entry of international tourists beginning March 18.”

Tourism Malaysia notes that the effects of the pandemic on the tourism sector can be seen beyond the borders of Malaysia.

“According to the data from the Pacific Asia Travel Association, negative growth in tourist arrivals is not unique to Malaysia, as the neighbouring Asean countries including Thailand, Singapore, Vietnam and Indonesia recorded similar decrease due to the ban on international travel imposed to combat the pandemic in the respective countries.” 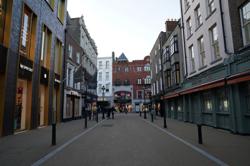