If the proposed emergency is approved, this could be a move by the government to elimiate the risk of Budget 2021being rejected in Parliament. The budget is much-anticipated by economists and the rakyat, considering the need to further support economic activities that have been affected by the coronavirus-induced crisis.

The Perikatan Nasional (PN) government’s rumoured plan to announce a state of emergency ahead of Budget 2021 appears to be a strategic move to avoid the budget from being defeated and to end political squabbles for the time being.

“With a state of emergency, the Parliament will no longer be in effect. The budget would be presented to the Cabinet and it can be approved without the vote from all 222 Members of Parliament (MPs), ” says a political observer.

At the time of writing, it remains unclear how the emergency would play out, pending an official announcement. Highly-placed sources say the Yang di-Pertuan Agong Al-Sultan Abdullah Ri’ayatuddin Al-Mustafa Billah Shah would have the final say as to when the state of emergency will take effect.

However, officials at Putrajaya informed The Star that only political activities will be affected by the emergency.

“It will be business as usual. Economic activities will carry on and there will be no curfews.

“In a nutshell, life goes on as we know it. This is for the good of the country in fighting Covid-19, ” a source says.

The PN administration will be tabling its first budget in two weeks’ time, but it is anyone’s guess whether the ruling government has enough “ayes” for the budget to be passed.

In the event Budget 2021 fails to secure a simple majority support in Parliament, this would mark the first time for an annual budget tabled by a ruling government to be defeated in Malaysia.

This possibility has raised multiple concerns about a government shutdown and the disruption caused to public service, especially those related to public-funded healthcare, security and education.

The larger economy would also likely take a hit, delivering more vulnerabilities for investor sentiment at a time when foreign funds have continued to dump local equities.

According to Bank Islam Malaysia Bhd chief economist Mohd Afzanizam Abdul Rashid, a rejection of the budget would give rise to greater uncertainty, especially in the midst of a deadly pandemic.

“Business may also be impacted as it cannot operate in a predictable manner while greater uncertainty is always negative for the financial markets, ” he tells StarBizWeek.

Quoting sources, The Star reported that the government discussed in the meeting the option to impose an “economic or health emergency”.

Unlike previous emergencies where curfews were involved, the proposed emergency is intended to step up the fight against the Covid-19 pandemic that has spiked sharply over the past one week, without being hindered by political uncertainties.

If the proposed emergency is approved, this could be a move by the government to eliminate the risk of Budget 2021 being rejected in Parliament. It would also mean that PN is seeking a way to avoid any attempt to topple the government.

For now, as the details on the so-called “economic emergency” are unclear, the focus continues to be on the tabling of Budget 2021 on Nov 6.

While there are heightened fears that a rejection of the budget would result in the fall of the PN government, constitutional expert Emeritus Prof Datuk Dr Shad Saleem Faruqi believes it is an “overstatement”. By convention, Shad says a rejection of a government-tabled bill in Parliament is similar to a no-confidence vote.

“However, as I said, it is a convention. This means it is an internal willingness to obey the tradition. There is no strict law that says a prime minister must resign if a bill is rejected.

“Even if the budget is rejected, it can be tabled again a few days later, maybe with some tweaks. The Cabinet does not need to step down, ” he tells StarBizWeek.

Referring to Article 43 of the Federal Constitution, Shad clarifies that it has not specifically mentioned the need for a prime minister to resign if a government bill is rejected.

“Take the United Kingdom for example, the Brexit bill tabled by former Prime Minister Theresa May was rejected by Parliament a few times. She did not resign because of that, ” he says.

Meanwhile, Institute for Democracy and Economic Affairs chief executive officer Tricia Yeoh does not believe that MPs would vote down Budget 2021, as this has major implications on the implementation of government projects and the distribution of aid.

“The political situation remains fluid and dynamic, and it is unclear how many MPs exactly are in support of the different political coalitions and their leaders.

“As it stands, if Umno continues to reaffirm support for the PN government, it seems likely that PN would have the majority necessary, slim as it may be, to pass Budget 2021, ” she says.

While a rejection of the government’s budget is unprecedented in Malaysia, Yeoh says that this has occurred in other Commonwealth countries.

These include Canada under Prime Minister Pierre Trudeau in 1974 and Australia under Alfred Deakin in 1904 and Arthur Fadden in 1941.

“Ministries and government services would not shut down, but if a new budget proposal is not consequently passed by Parliament, this means the ministries and government agencies may not have the necessary finances to implement programmes, projects and importantly, fiscal aid in relation to Covid-19, and there is a risk that civil servants may not get paid in 2021. A doctor collects a sample for a coronavirus test outside a clinic in Kajang. The possible state of emergency is by far said to be an effort to step up the fight against the Covid-19 pandemic that has spiked sharply over the past one week without being hindered by political uncertainties. - AP

“However, I believe the King would step in in such a case to avoid civil servants not receiving their salaries, ” she says.

Budget 2021 is much-anticipated by economists and the rakyat, considering the need to further support economic activities that have been affected by the coronavirus-induced crisis.

In fact, the budget would be another form of “stimulus injection” to spur consumption and improve business sentiment, which have been further impacted by the recent conditional movement control order in Selangor, Kuala Lumpur and Sabah.

Experts have called for the government to introduce additional tax- and non-tax related incentives under Budget 2021, on top of the measures introduced in the previous five rounds of economic stimulus packages totalling RM305bil.

According to OCBC bank economist Wellian Wiranto, Budget 2021 is expected to remain broadly expansionary in view of the still-fragile economic recovery.

“There will be some relative pullback, however, from the 5.8% to 6% budget deficit to gross domestic product (GDP) expected this year to around 5.5% in 2021, to give a sense of commitment to fiscal consolidation.

“Apart from the broad gesture of fiscal consolidation, this would also preserve some room for contingency stimulus next year. We live in an uncertain world now of all times, and leaving ourselves some wiggle room is definitely a good idea, ” he says.

Considering the need to preserve jobs and livelihood amid the uncertain environment, Wellian expects policies including wage subsidies - especially for the middle class - to continue in Budget 2021, even if in a more targeted form for the most affected industries.

“In the same breath, subsidies to help with the cost of living for the poorer segments of the population will no doubt be another area of budget spending, ” he says.

Wellian believes the government has some room for fairly accommodative fiscal policy as its debt-to-GDP ratio has been raised to 60% from 55% previously.

This allows the federal government to borrow beyond what was statutorily permitted previously in order to meet its funding gap. “As the market has expected that Budget 2021 will remain as an expansionary budget amid a time of crisis, I reckon the government would initiate these policy measures to cushion the ongoing economic downturn amid the pandemic, as well as to sustain Malaysians’ standard of living, ” he says.

Citing his wish list for Budget 2021, Manokaran urges the government to consolidate its direct cash assistance such as Bantuan Prihatin Nasional (BPN) and the Wage Subsidy Programme (WSP) in 2021.

“On top of consolidating BPN and WSP, the government is also expected to extend some other financial relief such as utility discounts and rental exemptions for the most vulnerable groups, alongside new measures to improve the domestic consumption in the medium term.

“As such, spending on social assistance is likely to remain significant in 2021, ” he says.

While subsidies and social assistance are important to support consumption, Manokaran notes that such measures will not be able to sustain in the long run but will only dampen government coffers and raise government debt.

It is, hence, necessary for the government to resume major infrastructure projects that will have a high-multiplier impact on the economy, stimulate the job market and ensure the well-being of people.

Under Budget 2021, Manokaran expects the government to reinstate the unpopular goods and services tax (GST) at a relatively lower rate of 4% to boost its coffers.

This will help the government to expand its tax revenue base moving forward, according to him.

He forecasts the cost to re-implement the GST to be minimal, as the tax was not abolished altogether. Instead, it has been zero-rated from the previous 6%.

“As such, we estimate the re-implementation of a 4% GST to bring a revenue of about RM30bil in 2021.

“Besides, the government could also consider to eventually widen the scope of goods and services subject to the sales and service tax (SST) in 2021.

“As of now, there are only around 100,000 companies required to collect SST compared to 472,000 that were collecting GST previously.

“By widening the scope, the government may be able to compensate for at least half of the lost revenue from the collection of the SST, ” he says. 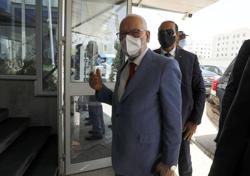