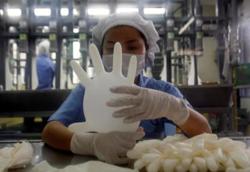 Bernama quoted Plantation Industries and Commodities Minister Datuk Mohd Khairuddin Aman Razali (file pic) as saying yesterday that various measures had been implemented by the government to address the matter.

PETALING JAYA: Issues over incidences of forced labour in the country have already been dealt with, either through government policies or through individual company proactive initiatives.

Thus, it is not accurate or fair for a blanket term to be put on the entire industry if only one or two players are still involved in such issues, said an industry executive in a rubber glove company.

Bernama quoted Plantation Industries and Commodities Minister Datuk Mohd Khairuddin Aman Razali (pic) as saying yesterday that various measures had been implemented by the government to address the matter.

Khairuddin said that within the oil palm industry, the mandatory Malaysian Sustainable Palm Oil Certification (MSPO) had been established effective Jan 1,2021. The MSPO requires all industry players to comply with the condition of not using forced labour before obtaining the certification.

A top industry executive for a rubber glove manufacturing company told StarBiz that not all companies had adopted the same practices in the issue of forced labour.

He was commenting on recent news that the US Department of Labor had added Malaysian rubber gloves to its latest list of goods produced with forced labour.

“The damage to the industry’s reputation has already been done now as the news has been reported in media outlets around the world. I think it is wrong to say that we are all slave owners as some of us are just wanting to make a fair profit, ” he added.

The List of Goods Produced by Child Labour or Forced Labour report for 2020 had claimed that forced labour in the country’s rubber glove industry predominantly occurred among the estimated 42,500 migrant workers who are employed in over 100 rubber glove factories throughout the country.

said in a statement that it had resolved the labour-related issues that were highlighted in the US Department of Labor report.

“From January 2019 to date, Top Glove has implemented a Zero Cost Recruitment Policy (ZCRP) through which the company bears all recruitment-related fees for its foreign workers. Additionally, the ZCRP stipulates pre-departure orientations and interviews at the source country, post-arrival orientations in Malaysia, and monthly interviews with workers, towards ensuring that they have not paid any hidden fees to recruitment agents, ” Top Glove said in the statement.

The policy would see Top Glove reimbursing workers who have paid recruitment fees to agents at their source country. All workers also sign a letter of undertaking that they will not pay recruitment fees during the recruitment process.

Top Glove also said it pays its workers in accordance with Malaysian labour law, which is a basic monthly salary of RM1,200 per month but said the general take-home pay of its workers was more than RM1,600 per month after factoring in overtime, which is always performed within the allowable rest-day matrix.

“As an added value, Top Glove has its own medical clinics which provide free medical checkups, consultation, and medication for both workers and staff, ” the company said. It added that it had in July 2020 made an ex-gratia payment to its workers for their contributions during the Covid-19 pandemic. 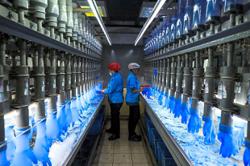