It will be difficult to wrestle trading flows, bankers and – ultimately – control of the EU’s own markets away from London.

THE power of 27 countries against one is often cited as the reason why the European Union will prevail in Brexit negotiations with the UK.

But the logic reverses when you think about what might happen to the City of London after Britain’s departure, and whether Europe’s other cities can challenge its primacy in finance. For financial services, having a single, centralised one-stop shop like London makes more sense than having a gaggle of disparate mini-centres such as Paris, Frankfurt and Amsterdam. In this instance, being alone is a strength.

As such, it will be difficult to wrestle trading flows, bankers and – ultimately – control of the EU’s own markets away from London.

The benefits of English language, English law and London’s corporate ecology are obvious. But there are three other overlapping factors that guarantee the City’s appeal to investors: a relatively proactive regulatory mindset, a deep talent pool and lower trading costs.

Brussels is concerned that three-quarters of euro-denominated derivatives are traded and cleared in London, along with nearly half of euro currency trading. That’s understandable. But for Europe to create its own self-sustaining market, it needs to think about what clients – such as London’s prized ecosystem of hedge funds – want rather than obsessing about market infrastructure or where investment banks are opening subsidiary offices. In short, it needs to follow the money.

The worry among London’s financiers is that Europe will always prefer the stick to the carrot. Bank of France governor Francois Villeroy de Galhau is insisting that Europe’s banks must cut back on using UK-based clearing houses after Brexit. The iron rod may work in the short term but business will slip back to the relative freedom of London unless Europe makes itself attractive, too.

Take regulation. The UK’s Financial Conduct Authority is much more flexible than its European counterparts, which is a major factor in overseas investment firms preferring London. The Paris-based European Securities and Markets Authority has indulged in regulatory overreach on several occasions, notably by targeting Swiss stock exchanges and trying to control all European equity trading.

On talent, much has been made of an imminent brain drain across the English Channel. But a recent EY report cites 7,500 finance jobs relocating over the past four years. That’s some way below the 232,000 prediction from Xavier Rolet when he was boss of the London Stock Exchange. Nor is it one-way traffic. More than 1,000 euro-area institutions have opened London offices to ensure the ability to operate across the two jurisdictions after Brexit, according to regulatory consultancy Bovill.

Yes, US banks are shifting assets, but Wall Street still prefers London. This is relocation under duress not desire. Bulge-bracket American firms have to comply with EU rules to give their European clients a seamless Brexit transition. But doing euro-denominated business with EU-domiciled clients is a small fraction of what goes on in the City. JPMorgan Chase & Co might be moving a chunk of capital but the big New York banks’ risk-weighted assets are still four times greater in London than in the euro area.

Probably the biggest thing in London’s favour is trading costs. The chief task of a bank’s treasury desk, and indeed all traders, is to minimise the capital used in placing trades. The practice of cross-margining, where the collateral required to finance one bunch of trades can also be used to offset against other pools of trades, is especially important in keeping costs down – and London has built real scale in this area.

Europe’s clearing champion, Germany’s Eurex, is catching up on cross-margining by allowing the offset of collateral on futures positions against interest-rate swaps, but the range of products and currencies offered by the London-based clearing houses gives them a substantial lead. Being tied to the euro is a disadvantage here.

High-value clients in the European time zone, such as hedge funds and money managers, are attached to the UK because of the advantages in trading execution. They are serviced royally by the global investment banks, which offer bespoke financing deals in every currency and product. The banks’ prime brokerage arms will stick like glue to their most profitable customers.

By fixating on control of the euro markets, Europe will miss the bigger prize. — Bloomberg 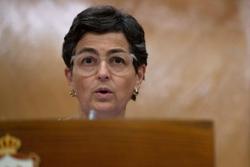