According to CGS-CIMB Research, China’s recent inclusion in the WGBI would result in the dilution of Malaysia’s weightage. This could, in turn, potentially lead to multi-billion ringgit net outflow from the Malaysian capital market.

PETALING JAYA: Already on the verge of being removed from the World Government Bond Index (WGBI), Malaysia faces another issue affecting its position in the index.

According to CGS-CIMB Research, China’s recent inclusion in the WGBI would result in the dilution of Malaysia’s weightage.

This could, in turn, potentially lead to multi-billion ringgit net outflow from the Malaysian capital market.

“Assuming China’s inclusion at a weight of 5.7%, a proportional dilution for existing WGBI constituents will result in Malaysia’s weight declining from 0.39% to 0.368%. 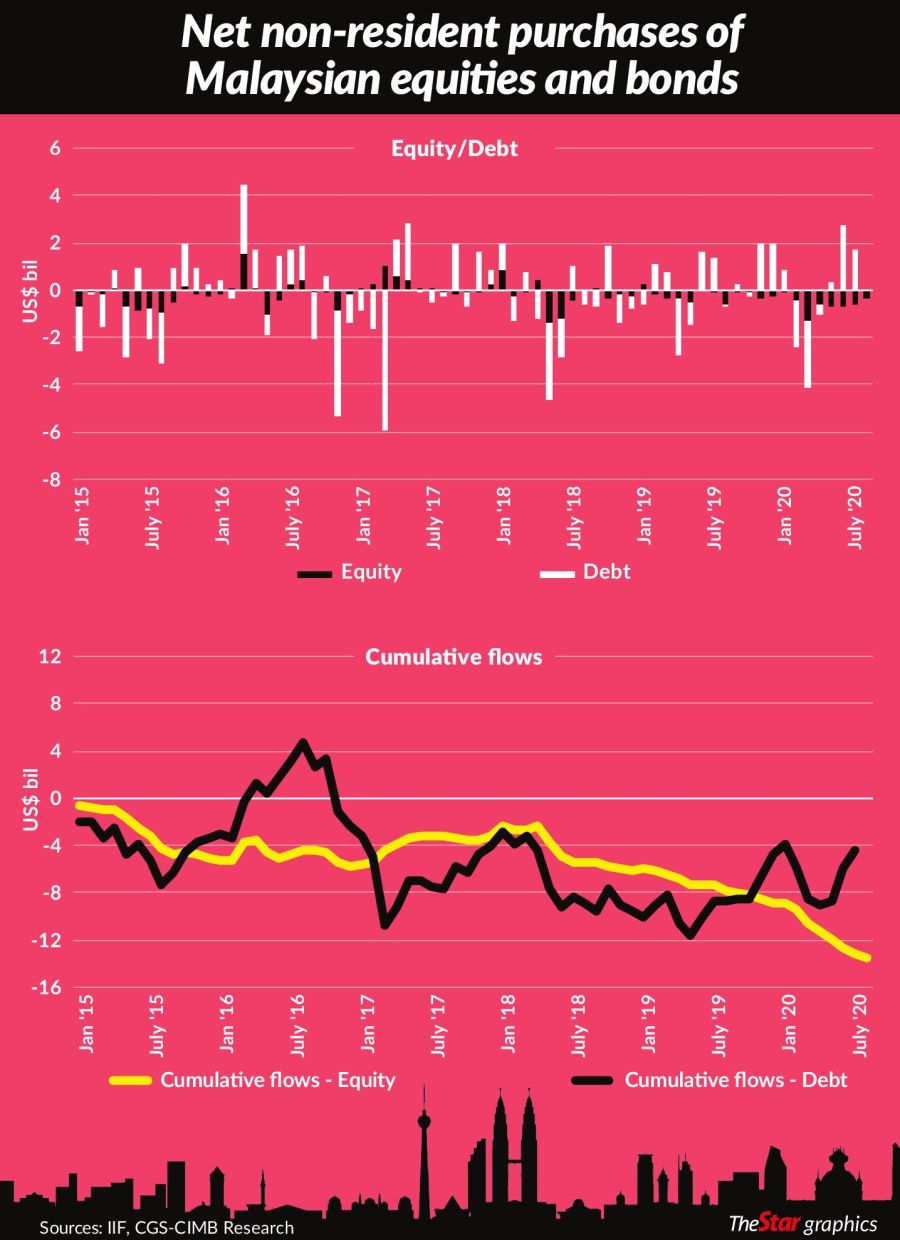 “With an estimated US$2.5 trillion in total assets under managements tracking WGBI, the new weight implies net reduction in WGBI-related Malaysian Government Securities (MGS) holdings of US$0.55bil or RM2.3bil, which equates to 0.5% of MGS outstanding and 1.4% of foreign holdings of MGS, ” the research house said in a note yesterday.

On Sept 24, FTSE Russell announced the inclusion of Chinese government bonds into the WGBI beginning Oct 2021, with a 12-month phase-in period.

Malaysia, on the other hand, has been retained on FTSE Russell’s watchlist for a potential downgrade from Market Accessibility Level 2 to 1.

The downgrade would render Malaysia ineligible for inclusion in the WGBI.

For now, Malaysia remains on the index.

CGS-CIMB Research said the decision to retain Malaysia on the watchlist was in line with its and market expectations.

“The next interim update is scheduled to take place in March 2021.

“Aside from broadening market access, we think policy reactions to episodes of capital reversals, with risk events such as the US elections on the horizon, could be an important litmus test for Malaysia’s removal from the watchlist, ” it added.

Meanwhile, the WGBI is a widely used benchmark that currently includes sovereign debt from over 20 countries, denominated in a variety of currencies. Malaysia has been included in the index since 2004.

It is noteworthy that Malaysia’s presence in the WGBI watchlist causes capital flight fears – out of the Malaysian bond market – to continue.

This would be an added pressure to the domestic capital market, considering the massive year-to-date net foreign fund outflow from the equities.

Malaysia’s potential exclusion from the WGBI in the future would take in total outflow risk to around RM25bil, according to Maybank Kim Eng head of fixed income research Winson Phoon earlier.

However, FTSE Russell’s decision to keep Malaysia in the watchlist has delayed any potential knee-jerk market reaction by at least another six months, which is a relief for investors.

Kenanga Research said the decision by FTSE Russell, alongside the RM10bil “Kita Prihatin” fiscal stimulus has managed to support the ringgit from further downside.

However, the research house felt that the ringgit would remain under pressure due to domestic political uncertainty and fears of Covid-19 resurgence, as evidenced by the rising number of new cases domestically and globally.