's prospects for its current financial year with expectations for the group to turn profitable.

The research house, which has a "market perform" recommendation on the stock, had said in an earlier report that that the plantation firm should "more or less" break even on lower CPO prices, but would need more time to turn profitable.

However, given that CPO prices remained at elevated levels throughout 2QFY21, Kenanga raised its profit expectations for the year with higher 2020-2021 CPO price forecasts of RM2,500 to RM2,600 per metric tonne.

Following the CPO price forecast revision, it lifted its projections on FY21 earnings to RM10.4mil from a core net loss of RM8.4mil. It also raised FY22 earnings to RM19.4mil, which represents a 565% increase year-on-year from a low base.

Kenanga raised its target price on the counter to RM4.85 from RM4.80 previously, based on a forecast FY21 price-book of 0.75x. 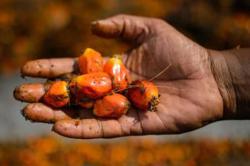