KUALA LUMPUR: Companies setting up offices at the Tun Razak Exchange (TRX) will enjoy an extension to their tax benefits to next year in view of the weak property market caused by the Covid-19 pandemic.

The extension of the TRX marquee benefits to Dec 31,2021 is a much needed respite for those planning to move to the financial centre that is being developed.

With the granting of the extension, companies would not need to rush to open their doors by the end of this year, sources said.

The granting of marquee benefits for TRX companies involves a slew of tax incentives and other privileges but originally, this was conditional on them opening by Dec 31,2020.

The extension of these benefits comes at a huge relief to banks like Affin and HSBC, whose buildings are being completed now.

Sources said Affin and HSBC are expected to locate there in 2021 instead of the initial 2020 year-end big move.

A few months ago, Affin put up its headquarters Menara Affin in Jalan Raja Chulan for sale.

As for Lendlease, it is also delaying the opening of its mall to 2022 instead of 2021, as earlier reported.

In a statement yesterday, the Australia-based group said it is officially launching its second block of residential units for sale after all available units – with the exception of bumiputra units – were formally sold in the first block during the pre-sales period which started last year.

To circumvent the current marketing challenges and movement control order regulations of various countries, it will be holding a digital launch on Sept 24.

Lendlease CEO Asia Tony Lombardo (pic below) said he is so “proud” to be part of this urban regeneration project. 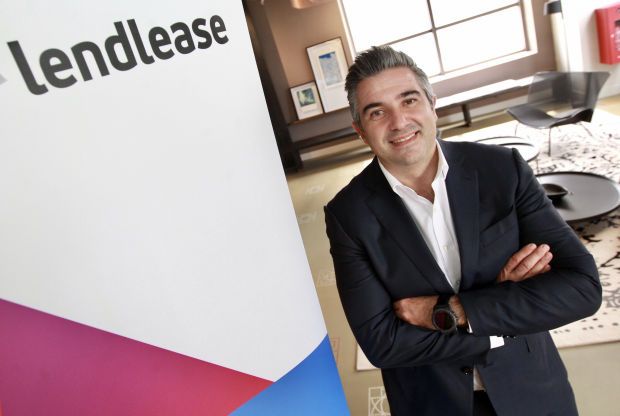 “Lendlease has done a total of 21 regeneration projects in the world and “TRX is one of Lendlease’s largest developments globally. And TRX Residences will set the new benchmark for sustainable and integrated urban living, ” he said.

TRX Residences is part of The Exchange TRX, a 17-acre development located previously known as Lifestyle Quarter within the 70-acre financial district being assembled together by various developers building for stake holders, predominantly banks and financial institutions.

Master developer TRX City Sdn Bhd chief executive officer Datuk Azmar Talib who has been with the project from day one is ecstatic the financial hub is shaping up.

“From day one, TRX City Sdn Bhd and Lendlease have been focused on delivering a development that will complement the TRX blueprint and vision of being the new heart of KL.

A source said tenancies for Exchange 106, initially stalled during the movement control order, were confirmed in August and September.

Britain-based insurer Prudential has moved into its building and other than one floor, the building is occupied.