By Risen Jayaseelan and Ganeswaran Kana

THE race to acquire Silterra Malaysia Sdn Bhd should not come as a surprise.

The global semiconductor industry has entered a golden age, largely thanks to the US-China trade war and the increased digitalisation of just about everything from mobile phones, cars to refrigerators.

Meanwhile, as the largest consumer of semiconductors, China faces a supply-demand mismatch and hence is forced to rely significantly on external supply.

The trade tensions with the United States has only made the situation worse, and as a result, China is now aggressively looking to develop its domestic chip-making landscape to make the country self-sufficient.

What this means is that while China will be ramping up its semiconductor making capacity domestically, there are also chances for companies from the country to set up operations externally to feed the huge demand for chips.

Elsewhere in the world, it is obvious that there is a growing interest for new deals and capacity ramp-up in the semiconductor scene.

Based on data compiled by market research firm IC Insights, semiconductor merger and acquisition (M&A) activity surged by 22% year-on-year to US$31.7bil in 2019 after contractions in the two previous years.

Earlier this week, Nasdaq-listed Nvidia announced what could potentially be the largest acquisition in semiconductor history. 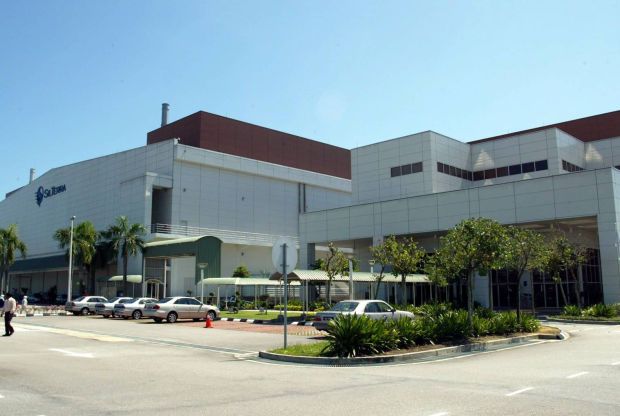 The graphics processing unit inventor said it was buying chip designer ARM from Japan’s SoftBank for a massive US$40bil. The deal is expected to take 18 months to complete.

While the interest in semiconductor manufacturing has been rising globally, it is a typically difficult business to manage over the long run.

Take Malaysia for an example, the country’s ambition of creating two semiconductor wafer makers did not pan out for a variety of reasons.

1st Silicon (M) Sdn Bhd, which was founded by the Sarawak state government in 1998 with the aim to develop a strategic high-tech industry, was an unprofitable venture and had to be rescued by Germany’s X-Fab via a merger deal.

Meanwhile, the Khazanah Nasional-owned Silterra was also another failure despite the multi-billion-ringgit investment by the government over its 25 years of existence.

The wafer manufacturer is now up for sale and interestingly, X-Fab, which bought 1st Silicon in 2006, is said to be one of the bidders to acquire Silterra.

It seems that Malaysian wafer manufacturers were not the only ones that have struggled to post profits.

Even Singapore faced a similar problem.

The government-owned Chartered Semiconductor Manufacturing, which was key to the city-state’s entry into wafer fabrication, struggled to maintain operational viability despite its earlier successes.

Over a year later, the company was sold to California-based GlobalFoundries.

GlobalFoundries is the world’s leading specialty foundry, 100% owned by Mubadala, which is the sovereign wealth fund of Abu Dhabi.

While wafer fabrication is a difficult industry to operate in, it is surely not a loss-making venture for all players..

cost management were among the key factors that led to the success of these companies.

Interestingly, TSMC and UMC started off as corporate spinoffs of the Taiwanese government-backed Industrial Technology Research Institute but have since grown into strong multinationals.

Looking ahead, the semiconductor industry is surely changing robustly, and the demand from China will be a major boost.

As a result of the trade and diplomatic relation frictions, China sees it necessary to accelerate its chip development industry domestically in order to boost self-sufficiency.

Faced with a shortage as demand outstrips supply in the semiconductor industry, the country imports most of its chips from suppliers globally.

China will be embarking on a 10 trillion yuan (US$1.4 trillion) master plan to develop technologies from next-generation wireless networks to artificial intelligence.

Bloomberg has reported that the country is preparing broad support for so-called third-generation semiconductors for wide-ranging applications including new 5G communications, energy vehicles and household appliances over the next five years through 2025.

To be sure, China’s drive to become self-sufficient has started even before Donald Trump’s presidency.

However, by 2019, the total IC production in China only accounted for 15.7% of the country’s US$125bil chip market, according to a report by IC Insights.

A projection made by IC Insights showed that China may fail to achieve the 70% target of self-sufficiency by 2025.

For now, what really matters is China’s increased momentum in growing its semiconductor industry, regardless of whether the 70% target is achieved.

The ramp-up in Chinese productions, bolstered by rising global demand for chips on the back of digitalisation, are major catalysts for the semiconductor industry globally.

This is also a major push for Malaysia, given the economy’s strong exposure in the semiconductor sector. 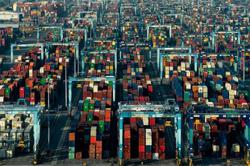