A Bloomberg poll of 21 economists showed a median forecast of 1.75%, indicating that OPR would likely be maintained.

PETALING JAYA: Banks are not likely to suffer a further hammering in earnings with Bank Negara expected to maintain its current key benchmark interest rate at 1.75% at its Monetary Policy Committee (MPC) meeting tomorrow.

A Bloomberg poll of 21 economists showed a median forecast of 1.75%, indicating that OPR would likely be maintained.

The net interest margin (NIM) – a measure of the difference between interest income generated by banks and interest paid to depositors – will not be affected, along with the banks’ earnings.

The modification charges came about as banks are unable to charge interest on the loan instalments of hire-purchase loans and Islamic financing under the six-month moratorium which ends this month. At the same time, margins have been severely compressed by the numerous OPR cuts.

Standard Chartered Global Research, in a note, expects the central bank to maintain the OPR at 1.75%.

The cumulative 125bps cuts after the last four meetings has already taken the key policy rate below the low of 2% set during the global financial crisis (GFC).

It attributes the unchanged OPR to the reopening of global economies (including Malaysia’s), historical low rates and the pandemic restrictions still in place. The research firm said further rate cuts may have only a marginal impact and reduce future policy space.

AmBank Group chief economist Anthony Dass, who is also a member of the Economic Action Council secretariat, said uncertainties on the pandemic remain with fears of a second wave, which may be more severe.

“Hence, a reduction under the current low inflation environment would provide positive impetus to spending and help soften, to some degree, any rising pressure on non-performing loans (NPLs). The equities market could also benefit from retail buying, ” he added.

Meanwhile, AmInvestment Bank, which is maintaining its neutral stance on the banking sector, said the sector’s underlying NIM fell 11bps quarter-on-quarter (q-o-q) in the second quarter due to the OPR cut of 50bps in May.

For 2020, the research house said it expects the sector’s NIM to be compressed by 14bps while a flat interest margin on average is expected for 2021.

This, it noted, was despite a higher investment and trading income lifting banks’ non-interest income (NOII) in a six-month period.

“Earnings of Maybank, Public Bank, RHB Bank, Hong Leong Bank, Alliance Bank and BIMB were within our expectations while that of CIMB were below our estimate. Meanwhile, AMMB core earnings were above consensus projection, ” the research house said.

AllianceDBS Research is taking a bearish view on loan growth at 3% for its projection for 2020. It expects banks to remain conservative in their underwriting processes given the economic uncertainties and lingering asset-quality concerns.

“For SME loans, momentum will likely slow when relief facilities are exhausted and the loan moratoriums end, thus requiring a stronger pace of economic recovery in the second half.

“The larger earnings swings for banks will still lie in credit costs, and October and December will be crucial in determining the degree of conservatism required for additional provisions, ” the brokerage said. 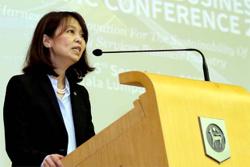