More benefits: A screen display inside the Bombay Stock Exchange. The market is pleased because it’s getting concessions from panicky authorities. — Bloomberg

EMERGING markets will exit the coronavirus pandemic with a heavy fiscal load. Many will see their public debt balloon; some will also have to carry a bigger interest burden. A smaller group may need costly repairs to broken banks.

India may be hit on all three counts, plus have an additional problem: a consumption tax in shambles. It’s a gloom-and-doom scenario, but the bond market loves it.

The market is pleased because it’s getting concessions from panicky authorities. The Reserve Bank of India has told banks that if they buy another three trillion rupees (US$41bil) of government bonds, they can park them in a bin that doesn’t have to be marked to market.

Why is a lollipop of loss protection needed? Won’t banks want the safest possible securities anyway after a 23.9% plunge in India’s June-quarter GDP, the steepest of any major economy?

Blame the pandering on a collapsing tax edifice. The federal government is refusing to honour the 14% annual increase in revenues it promised India’s 29 states three years ago. The commitment took no account of either a state’s past tax collection, or the risk of future shocks like Covid-19. It was a bribe to coax them to forgo their own sales levies and adopt a nationwide goods and services tax, or GST. New Delhi is reneging on the obligation because the bucket of additional luxury taxes created to fulfill the guarantee is empty.

The states are entitled to US$40bil. The money flowing into the compensation kitty this fiscal year, however, is estimated to be a mere US$9bil. Cars, cigarettes and other goods that attract sin taxes simply couldn’t be sold during the nationwide lockdown between March and May.

Prime Minister Narendra Modi’s government wants to bifurcate the US$31bil shortfall to US$13bil on account of switching to the GST and US$18bil because of an “Act of God, ” as his finance minister described the pandemic.

States have been given two options. One, raise US$13bil via a special central bank-managed facility. Subsidised interest and principal would be paid out of future sin taxes by extending the five-year compensation deal. Of the remainder, they’ll be allowed to borrow another US$14bil but must service it. About US$4bil may have to be forgone.

Or, states can raise the entire US$31bil from the market and bear the interest.

Some states are threatening to sue the federal government over what the main opposition Congress Party is calling a sovereign default. It’s more of a moral dereliction, though. States are owed money from the compensation fund, but New Delhi isn’t obliged to fill it. (The Modi government did, however, set a bad precedent by helping itself to a part of the sin-tax GST for two initial years as though it was its own revenue, before putting the money back.)

The bond market is largely unperturbed by the chaos, knowing that New Delhi is terrified of its wrath and ignoring the simplest option: Raise money on its own to fund sub-national governments.

The economy’s worst contraction may be in the rear-view mirror, but India’s infection rate is at a record high for any country. If states are forced to trim expenditure, the recession will be deeper and welfare outcomes worse than now. New Delhi won’t shed the fiscal load by dumping it on states that can’t print money.

Wobbly finances aren’t just India’s problem. Brazil and South Africa, too, will see their public debt ratios surge, while Indonesia may also have to spend a bigger share of revenue on interest, according to Moody’s Investors Service.

Backstopping the lenders may be more costly for Turkey, where banks rely on wholesale dollar funding. India doesn’t have a pool of savings deep enough to absorb a spike in government deficits. Only a handful, like Chile and Saudi Arabia, have that luxury.

With risks come rewards. Banks, the main financiers of India’s government, know they’ll be pampered every time they push the yield on benchmark 10-year notes higher for a few days. Their displeasure could even lead the brinksmanship between New Delhi and the states to a revamp of the GST. The insanely complex levy has multiple rates, yet exorbitant taxes on petroleum are applied separately. The compliance burden is high, but fraud is rampant. Exporters who could compete better without being saddled with domestic taxes on inputs have to run around for refunds.

If it’s not reformed, the tax may suffer a short-lived GST.

Thomas Isaac, finance minister of Kerala, says he’s “angry for being taken for a ride.” The state’s economy is sputtering. Among other dislocations, remittances by its workers in the Middle East have dried up.

The pain needs a palliative, but also a longer-term cure: a better GST. If that happens, the bond market will be rewarded with upgrades to India’s credit rating. After exhausting the appeasement of bond bears, politicians will do the right thing. That‘s what the market is hoping. — BloombergThe writer is a Bloomberg Opinion columnist covering industrial companies and financial services. He previously was a columnist for Reuters. Views expressed here are his own. 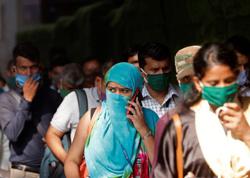