In a statement yesterday, Moody’s said of the seven largest Islamic banks in Malaysia, five are subsidiaries of domestic banking groups. These five, with conventional operations, have a heavy concentration on retail financing, which is less vulnerable to an economic downturn than business financing.

In a statement yesterday, Moody’s said of the seven largest Islamic banks in Malaysia, five are subsidiaries of domestic banking groups. These five, with conventional operations, have a heavy concentration on retail financing, which is less vulnerable to an economic downturn than business financing.

“Declining economic growth and increasing unemployment will raise the risk of delinquencies in retail financing, but the impact on losses will be limited as most of it is secured by residential properties, cars or low-risk unit trusts, ” said Moody’s analyst Tengfu Li.

“In addition, Malaysian banks generally have prudent underwriting practices for retail financing, thanks to regulatory guidelines for ‘responsible’ financing, which adds to their asset quality, ” Li added.

He said the Islamic banks are also well positioned to defend profitability because they will see limited impairment losses as their asset quality holds up.

Li pointed out that the financing growth at Islamic banks will be supported by financial groups’ efforts to expand Islamic banking and increasing acceptance of such products by consumers.

“Also, Islamic banks will continue to keep their operating expenses low as they leverage on their parents’ infrastructure, ” he said.

Moody’s expectation is that the Islamic banks will maintain their capitalisation in the next 12-18 months, as a slowdown in capital consumption offsets a deterioration in profitability.

“Retail current and savings account deposits will drive overall deposit growth as consumers wary of spending save their funds, while financing demand will remain weak.

“Deposits at Islamic banks in general will continue to grow faster than conventional deposits due to the popularity of Sharia-compliant financial products and the Islamic drive by banking groups.

“And continued support from the government and parent groups, mainly in the form of deposits, investment accounts and sukuk, will also mitigate funding risks, ” Li said.

In a separate report, Moody’s senior vice-president Christian de Guzman said the Malaysian sukuk issuance in the first half of 2020 fell 8% compared to a year ago. Private-sector issuance was down 28.8% as companies delayed, or canceled investment plans, but sovereign issuance was up 39.2% on coronavirus-related budget pressures and refinancing needs.

Moody’s expects the sovereign sukuk issuance to soften the Covid-19 blow for Malaysia’s sukuk market for this year.

“Moody’s expects sovereign sukuk issuance to continue through the rest of 2020 amid improving market conditions and the government’s sizable borrowing requirements, ” it said. It said the government’s stimulus spending to support the economy will widen the federal government’s deficit to around 6% of GDP in 2020, up from 3.4% last year.

“Along with maturing debts, Moody’s estimates the government will need to raise about RM90bil, or around 6% of GDP, in the second half of the year, ” Moody’s said. 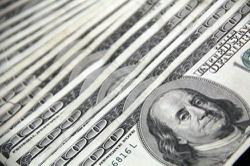