All that glitters is...

Gold is at a fresh record high of US$2,081.30 per ounce at the time of writing and investors are now probably wondering whether the yellow metal can continue its momentum at a time where everything else is in a bull market, especially equities and fixed income.

GLOVE stocks? No, no, this is not another article on the glove mania that is sweeping the market like how the Dutch tulips first experienced a speculative bubble 400 years ago. This week’s article is about the real thing that glitters, gold. Of course, some would argue that glove stocks too are actually like gold due to their spectacular run year-to-date.

Gold is at a fresh record high of US$2,081.30 per ounce at the time of writing and investors are now probably wondering whether the yellow metal can continue its momentum at a time where everything else is in a bull market, especially equities and fixed income.

With both greed and fear playing out concurrently, this indirectly begs the question, can all asset classes be in a bull market simultaneously? Indeed, these are important questions as it is very rare to see equity markets near record highs, benchmark government bond yields at record low, gold at fresh record highs while cryptos are skyrocketing.

Much has been written about the rally in gold, as typically, gold is always seen as a safe haven and flight to safety. But at a time when every central bank or government is busy printing money, it is of no surprise that we see the rally in equity markets despite an economic turmoil on the main street as the liquidity-fuelled rally takes a life of its own. The rally in the bond market and gold is something else and that has got to do with the US dollar and the Fed’s interest-rate policies.

Following the pandemic, the US Federal Reserve (Fed) has taken unprecedented measures in terms of its monetary policy with rates at the bottom of the floor while at the same time, the Fed is busy injecting liquidity into the market. The Fed’s expansion of its balance sheet and its guidance to the market that it is in an “unlimited quantitative easing” mode suggest that there is no limit as to how much the Fed is going to create money into the system by buying not only the US treasuries, but also using tools to control the yield curve, and at the same time providing the backstop for the fixed income market with its bond ETF buying programmes.

In addition, from the US treasury website, the US treasury real yield curve rates are shown. Real yields on treasury inflation protected securities (Tips) at “constant maturity” are interpolated from the treasury’s daily real yield curve. Based on the benchmark 10-year US treasury at +0.55%, the correspondent real rate is at -1.08%. This is the lowest negative reading that we have seen, and with a negative return, investments that are providing zero returns are actually superior.

The Fed has also communicated to the market that it is committed to maintain its bond-buying programme and a host of other lending and liquidity programmes in response to Covid-19, effectively falling short of saying that it will do whatever it takes to sustain the market.

This also gave another signal to the market that the US dollar is not going anywhere but south. The Dollar Index, which peaked at about 102.817 was last seen at just 92.835, down 9.7% from its March 2020 high. What triggered a save haven rush has now turned out to be a false hope as the Fed’s money printing capacity is indeed endless.

Even Fitch Ratings has now downgraded its outlook on the US to negative but maintained its “AAA” rating. According to Fitch, its negative outlook reflects the ongoing deterioration in the US public finances and the absence of a credible fiscal consolidation plan. Worst, Fitch also said it expects the US budget deficit to widen beyond 20% this year while debt to GDP is expected to hit 130% by next year.

Hence, gold and other asset classes are now running at full speed given the dire straits of the US economy as well as the dollar. With second quarter (2Q) GDP contracting 9.5% q-o-q or a 32.9% deep dive on an annualised basis, the US economy is poised to remain in recession for the next one-two quarters. While there are hopes for a bounce in 3Q, the likelihood of the bounce translating to a “V-shape” type recovery remains only as a hope.

The elevated number of cases and in some parts seen as second or third wave as well as the number of deaths due to Covid-19 in the US remains the biggest challenge for the US economy. This indirectly will place added pressure to consumer spending as well as employment data.

The US is not only battling against Covid-19 but there are two major battles that it is up against. The first is, of course, its trade war with China with the latest salvo being the old accusation that China is again undervaluing its currency, while the move to sell TikTok’s US operations to Microsoft is nothing but a tech-war that is also brewing alongside the trade war.

With the US economy under severe economic contraction and the Fed is busy sustaining markets, there are also added worries that the US government will fork out another US$1 trillion stimulus package in the form of pay cheques to individuals as the first programme introduced in May expired at the end of last month.

A deal between the lawmakers is expected as some form of compromise between them would have likely materialised. Among economists, the added stimulus is worrying as it could be inflationary and with the sluggish growth, if any, comes stagflation – a period where the value of fixed income instruments gets eroded as observed by the NRIR in the market now.

Hence, the rally in gold and any other zero-yielding asset class is not of a surprise and if the depth of the NRIR continues from its record negative reading now, these none-yielding assets can only soar higher and higher. The expected returns in these assets, whether its gold, silver or cryptos, is nothing but pure capital gains. It is defined as flight to safety as it doesn’t lose its value, unlike the dollar, which is also a safe haven among global currencies but has lost its allure due to the US government and Fed’s money-printing game. Indirectly, the dollar is actually undergoing a debasement.

As the dollar loses more ground, the value of gold or any other dollar-based assets also lose their sparkle. Hence, there is a tendency for gold or these other assets to adjust for the “lost value” in dollar terms in the form of a higher market price. All that glitters is now not just gold but all other precious metals or zero-yielding assets too, thanks to the US dollar debasement exercise. 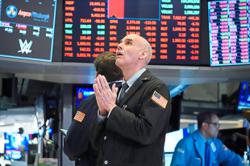 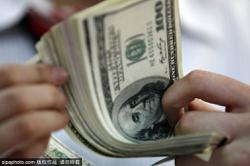 ANALYSIS: Why US won't 'decouple' from China in finance 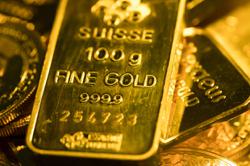