The Malaysian-German Chamber of Commerce and Industry's (MGCC) CEO Daniel Bernbeck said bilateral trade between Germany and Malaysia had shown a heavy contraction due to the impact of the pandemic.

KUALA LUMPUR: The Malaysian-German Chamber of Commerce and Industry (MGCC) remains upbeat that bilateral trade between both countries will be back on track after the setbacks and disruptions caused by the Covid-19 pandemic earlier this year.

Its chief executive officer and board member, Daniel Bernbeck, said bilateral trade between Germany and Malaysia had shown a heavy contraction due to the impact of the pandemic.

The chamber is also foreseeing a 10% reduction in the bilateral trade volume for the full year of 2020, he said.

“However, SMEs, in general, have proven to be very resilient in all crises over the last decades, so German partners and entrepreneurs will do their best to reclaim their strong position in and with Malaysia as soon as the situation allows.

“We expect that we have to wait for the coming 12 months or longer to see the true impacts of this unprecedented crisis, ” he said in an e-mail interview with Bernama.

Bernbeck said on the flip-side, the chamber received a significant influx of requests from German companies in China and Hong Kong that are keen to look for alternative set-ups and rearrangement to their supply chains.

“The fact that B. Braun and Bosch in Penang have just recently announced major investments into their operations in Malaysia sends a clear signal that not only the industry sees huge market potential in Malaysia and beyond, but also that they put a lot of trust in the favourable conditions of the infrastructure, the economic and legal framework of this country and the future development of high-end technology and products for the world markets, ” he said.

Meanwhile, Robert Bosch Sdn Bhd (Bosch Malaysia) announced a plan to build a manufacturing facility at a 10-hectare land in Batu Kawan Industrial Park in Penang, focusing on the business of semiconductor components and sensor testing.

“Malaysia has a lot to offer. It is well noted in Germany, among investors and entrepreneurs, Malaysia stands at an impressive 12th rank worldwide and 10 notches ahead of Germany, ” he said, referring to the World Bank Doing Business 2020 Report that ranked Malaysia in 12th position among 190 economies worldwide.

“Together with Mida’s (Malaysian Investment Development Authority) offices in Germany, we are constantly promoting Malaysia as an investment destination of its own value, ” he said.

To help further promote Malaysia to German investors post-pandemic, Bernbeck also suggested that the Malaysian government make easier its immigration rules and procedures in order to facilitate the entry and exit of German businesses and industry experts into Malaysia.

He said the chamber is also keen to further cooperate with the relevant authorities in Malaysia to promote German Dual Vocational Training – a training programme that aims to upskill the workforce in technological know-hows. — Bernama 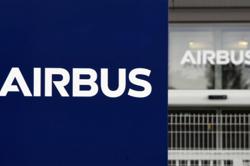