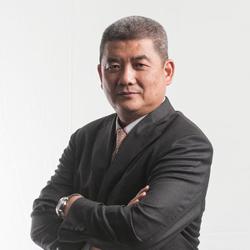 Kenanga Research has written that SCIB stands a chance to win sub-contracting jobs from Serba Dinamik, having already secured shareholders’ approvals from both of the listed entities to allow related-party transactions.

Currently SCIB’s orderbook is worth about RM1bil and the target is RM1.5bil by year-end.

With most of its jobs being short term in nature of about two years, Kenanga said it anticipates a strong second half of 2020 as earnings recognition kicks in via the progression of jobs at hand.

However, it also raised risks for its call that included failure to secure new contracts to hit order-book targets, job execution risks, its newcomer status in the industry, cost overruns, and high net gearing.

This is despite the fact that SCIB is also the largest industrial building system (IBS) and precast concrete manufacturer in East Malaysia, which provides SCIB an added competitive advantage against other local players.

Construction aside, SCIB, being the largest precast concrete and IBS manufacturer in East Malaysia, operates three integrated factories in Sarawak with a total annual capacity of 500,000 tonnes.

It also owns a manufacturing arm for the prefabrication materials and the vertical integration that gives SCIB an added advantage when tendering for jobs, it adds.

This also protects project margins for SCIB, as they can source prefabrication materials in-house rather than externally - enhancing their competitiveness for project tenders.

In October last year, SCIB saw the entry of the new largest shareholder in Datuk Mohd Abdul Karim Abdullah, who is also the founder of Serba Dinamik.

Kenanga believes SCIB could also be a beneficiary of Abdul Karim’s strong connections and business relations in the Middle East and Malaysia to help SCIB land contracts necessary to meet its high orderbook target.

Kenanga added that from Serba Dinamik’s point of view, they can now tender for EPCC (engineering, procurement, construction and commissioning) and construction projects on a lump sum turnkey basis, with Serba Dinamik focusing on the plant EPCC while subcontracting the necessary surrounding civil works (eg roads and infrastructure) to SCIB.

“The added ability to tender for jobs on a lump-sum turnkey basis would also, in theory, elevate Serba Dinamik’s bidding competitiveness, compared to a purely plant EPCC-only bid, as they are now able to offer a one-stop end-to-end value-chain solution to their clients, ’’ Kenanga said. 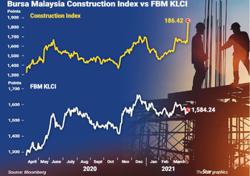