Some unemployed Malaysians have had to work in wholesale markets to make ends meet after losing their jobs due to the economic crisis. — YAP CHEE HONG/The Star

KUALA LUMPUR: Malaysia’s unemployment rate increased further to 5.3% in May to record 826,1000 unemployed persons, the Department of Statistics Malaysia (DOSM) reported on Tuesday.

Chief Statistician Datuk Seri Dr Mohd Uzir Mahidin said the unemployment rate had increased as the number of unemployed went up by 47,300.

“However, the monthly change of unemployed persons in May 2020 was very much lower than the change registered from March to April, that is 168,300 thousand.

“The reduction could partly be due to the implementation of numerous stimulus packages reaching its intended target in addition to more businesses were allowed to operate following of Conditional Movement Control Order (MCO) during the month, ” he said.

The statistics were based on Labour Force Survey (LFS) conducted by the Statistics Department.

The data also showed the number of employed persons who were temporarily not working had reduced by more than half to 2.27 million persons (April 2020: 4.87 million persons).

“This group of people, who were most likely not able to work from home was not categorised as unemployed as they had work to return to, ” he said.

In line with this, employment-to-population ratio which provides information on the ability of an economy to create employment dropped further by 0.4 percentage points to post 64.4%.

During the month, among the affected employed persons were in the Services sector; mainly industries related to tourism, accommodation, event planning, arts & entertainment, sports & recreational activities, as well as other services.

“As the health authority increased detection of Covid-19 clusters among foreign workers, noticeable decline was also observed for employed persons in the construction sector, ” it said. 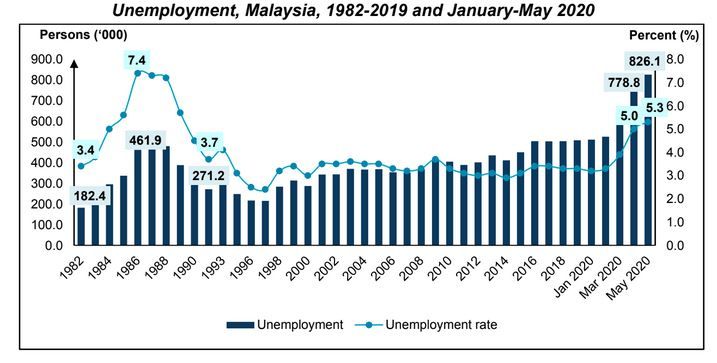 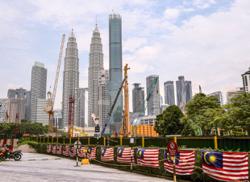