PETALING JAYA: Bullish retailers continue lifting the market higher as they revel on the optimism in global equities, a fortnight into the second half of 2020 where the economy is expected to start gaining traction.

The FBM KLCI closed above 1,600 points for the first time in six months since Jan 7 on the back of a strong volume comprising 9.54 billion shares changing hands.

Profit taking ensued, which saw the index erasing some of its early gains to 1,595.75 at 11.45am, but that barely lasted more than five minutes as retail investors lifted the market back up to an intraday high of 1,608.34 points.

This was in line with all key markets in the region, which were all in the positive region except for Singapore’s Straits Times Index and Thailand’s SET Index, which both declined 0.81% and 0.6% respectively.

In Malaysia, the Parliament reconvened yesterday for its first full sitting since the Perikatan Nasional government took over in March. The pact succeeded in replacing the Speaker of the August house yesterday, albeit with a razor thin majority.

MIDF head of research Imran Yassin Yusof opined that politics have yet to take centrestage in relation to the market and believes that other factors have a stronger influence currently.

“The pandemic seems to be unabated as cases continue to spike up, and hence, it’s not surprising that glove counters continue to excite investors.

“Also, a minor factor will be on the hope of a fast economic recovery which has influenced regional markets as well. Not only that, but optimism on a vaccine seems to add to the positive sentiment. Nevertheless, we do advise investors to exercise caution, as the renewed spike in Covid-19 cases will eventually have an effect on the economy of the respective countries, ” he told StarBiz.

Out of the 30 index components, 14 rallied, 13 declined while three remained unchanged.

Across the broader market, breadth was negative with 499 gainers to 575 losers while 389 remained unchanged.

Among the most actively traded counters were PDZ Holdings Bhd

Oil prices also slipped yesterday ahead of an Opec meeting this week amidst expectations of the relaxation of oil supply cuts which have been cushioning the blows on oil prices as supply outweighed demand.

The Brent crude oil shaved 52 cents to US$42.56 per barrel at 5pm yesterday while the United States’ West Texas Intermediate fell 59 cents to US$39.76 per barrel.

Oil and gas counters in Malaysia were mostly in the red, led by Velesto Energy Bhd

down one sen to 36.5 sen and Dayang Enterprise Holdings Bhd 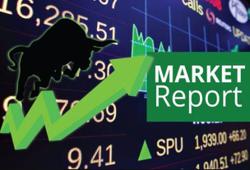 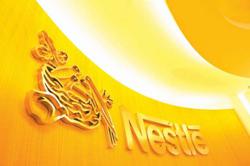 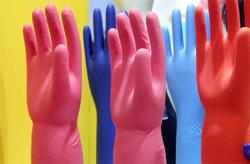