In an interview in the Daily Mail, Jphnson rejected a return to the austerity policies that followed the 2008 financial crisis and said the country will “build our way back” from the crisis through “shovel-ready” projects.

LONDON: Boris Johnson has vowed that the United Kingdom will spend large sums on hospitals, schools and roads to jump-start the economy as it emerges from the coronavirus lockdown that has plunged the country into what may be the worst recession in three centuries.

In an interview in the Daily Mail, the prime minister rejected a return to the austerity policies that followed the 2008 financial crisis and said the country will “build our way back” from the crisis through “shovel-ready” projects.

“The lesson is to act fast and we’re going to make sure that we have plans to help people whose old jobs are not there any more to get the opportunities they need, ” Johnson said. “We are absolutely not going back to the austerity of 10 years ago.”

Johnson is expected to unveil the spending plans in a major speech tomorrow, while Chancellor Rishi Sunak is leading a new infrastructure task force to identify and speed up projects. The government pledge comes at a critical moment after the UK economy shrank a record 20.4% in April, effectively wiping out almost 18 years of growth in two months.

The crisis has sparked an intense internal debate among Tories who for decades have stood for the free market, fiscal prudence and libertarianism, and are now on course to spend billions of pounds to rescue the economy.

The plans come as Britain braces for a surge in unemployment, with economists surveyed by Bloomberg expecting the jobless rate to hit 8% in the third quarter – double its current level. That would see unemployment surge by about 1.4 million to more than 2.7 million, levels not seen since 1994.

The UK’s furlough programme is due to run until the end of October, with firms taking on more of the huge £60bil (US$74bil) cost of the payouts from August.

Speaking on Bloomberg TV on Friday, Sunak said the country cannot afford to continue the scheme “indefinitely, ” but indicated there would be more targeted support for the worst-affected industries. 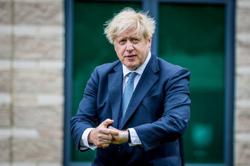 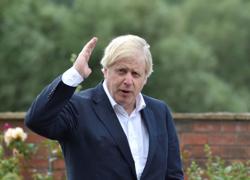 Johnson says: We will focus on the needs of Lebanon people