The World Bank said in the near term, Malaysia’s fiscal strategy should be reprioritised to create additional policy space.- pic by World Bank

KUALA LUMPUR: The World Bank has downgraded its forecast for Malaysia’s economy this year and expects GDP to contract by 3.1% from its earlier expectations of -0.1% in April while it expects the near-term outlook to be uncertain due to the Covid-19 pandemic.

It said on Thursday that in 1Q, 2020, growth slowed to just 0.7% with efforts to flatten the curve of the pandemic through a series of movement control orders (MCO) and with deep uncertainty regarding growth prospects severely constraining economic activity.

“A pronounced output contraction of around 10% in 2Q 2020 is envisioned, reflecting the significant impact of the economic disruptions resulting from the MCO imposed during the quarter.

“This is expected to be followed by a partial recovery in the second half of the year, as the outbreak eases and mobility restrictions are gradually lifted, ” it said.

The World Bank said this forecast assumes that the spread of pandemic is broadly contained at the global level and that the massive fiscal and monetary policy support measures implemented by governments around the world limit the depth of contraction in global economic activity.

“With all these factors, the near-term outlook for Malaysia’s economy is unusually uncertain at present. The Covid-19 pandemic has resulted in an unprecedented crisis that requires large-scale and unconventional policy responses by governments everywhere.

“Malaysia’s economy remains resilient and rests on strong fundamentals. Its diversified economic structure, sound financial system, effective public health response and proactive macroeconomic policy support suggest that Malaysia will be able to ride out the storm better than many other countries, ” it said.

The World Bank said in the near term, Malaysia’s fiscal strategy should be reprioritised to create additional policy space.

It said the government may have to reallocate expenditure towards priority areas, identify new sources of non-tax revenue, as well as legislative amendments to temporarily increase available fiscal space.

It said the Prihatin stimulus package, and more recently the Penjana plan, have provided important support to households and firms affected by the crisis.

“However, efficiency could be improved, and the quantum of financial assistance provided may need to be increased to adequately protect the welfare of vulnerable households and to ensure the sustainability of affected firms.

Over the medium term, the government should establish policies to prepare Malaysia’s economy for a post-Covid-19 recovery in the context of ‘new normal’ conditions.

The World Bank pointed out that while to some extent, the Covid-19 crisis has required the temporary suspension of Malaysia’s medium and long-term economic plans, it also creates an opportunity to accelerate necessary structural reforms.

“First, it will be necessary to rebuild fiscal buffers and to ensure spending efficiency; second, to re-invigorate foreign and domestic private investment; third, to upskill and redeploy human capital; and fourth, to accelerate the digitalisation agenda, ” it said. 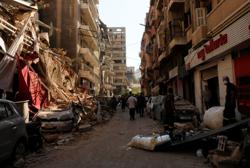