Priority market: A man walking past HSBC’s headquarters in Kuala Lumpur. Malaysia is said to be a priority market for the bank. — Reuters

PETALING JAYA: Asia will continue to play a vital role for UK-based HSBC Group although plans at the global lender which include job cuts will also apply to this region.

“While the changes aimed at simplifying our organisation will also apply to Asia, the region continues to be a core engine of growth for the HSBC Group.

“And Malaysia is a priority market for HSBC, ” HSBC Bank Malaysia told StarBiz in response to queries on the matter.

The comments come after the global bank said last week that it will resume its plan to cut 35,000 jobs which was announced in February but was later put on hold as a result of the Coronavirus outbreak.

The cuts are part of a restructuring plan which is expected to shave off some US$4.5bil in costs by 2022 for the banking group.

“This was a difficult decision to make but HSBC has an important role to play in helping economies and communities to rebuild, and we need to be in a strong place to do that, ” the lender said.

In the same vein, it said that it will not share specific information on the number of impacted roles.

In Malaysia, it said it will “continually evaluate whether it has the right people in the right roles.”

“We are investing in our digital propositions as a continuation of our growth agenda for Malaysia and in the normal course of business, we do of course seek continuous efficiencies as we roll out new technology, ” it said.

"Notably, HSBC Bank Malaysia has an ongoing US$250mil investment to construct its new Malaysian headquarters in the new financial hub of TRX City which it said “underscores its commitment to developing our business in Malaysia.” 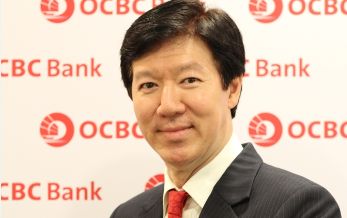 Meanwhile, another foreign bank here has come out strongly to say that “retrenchments are not a part of the vocabulary at our organisation”.

OCBC Bank (Malaysia) Bhd CEO Datuk Ong Eng Bin (pic, above) said in line with the “posture” the lender has always taken and earlier statements by its parent group in Singapore, OCBC Bank (Malaysia) and OCBC Al-Amin Bank Bhd will not retrench any staff in light of the outbreak.

“Our people remain our key asset and our focus continues to be on helping everyone to become even better than they were before the pandemic set in, ” Ong told StarBiz.

Banks which have been facing extreme competition in recent years have had additional headwinds blown their way the past few months in the wake of the Coronavirus pandemic.

The outbreak has hit consumer sentiment and spending badly, affecting the demand for loans which is one of the main ways in which banks make money.

In Malaysia, there is mounting concern that post-moratorium period in September, some customers may still not be able to make their monthly loan payments to banks, hence non-performing loans or NPLs of banks could spike.

In March, local banks had announced that they were extending to their customers, a six-month moratorium period, beginning from April 1 to Sept 30, in which they did not have to make any loan payments as a way to relief the burdens of those badly affected by the pandemic.