Many broad institutional investors are pushing for companies to make their board more diverse. Goldman Sachs Asset Management has said it would vote against directors if the board has no women.

SYDNEY: Shareholder activists in Japan are taming calls for their targets to return their cash piles to investors, ceding ground to the view such corporate hoards are assets rather than a drain on returns amid the economic pain of the coronavirus pandemic.

The change in stance comes as Japan - the second-biggest market for activists after the United States - enters peak season for company annual general meetings (AGMs), where proposals for measures such as dividend increases and share buybacks would normally be presented.

Fifty-four companies have so far received shareholder proposals for this year’s AGMs in June as of Tuesday, matching the record set last year, according to data compiled by Mitsubishi UFJ Trust.

“The vast majority of activist demands made last year were related to right-sizing balance sheets. But asking for buybacks amid corona-chaos seems a stretch, ” said Nicholas Smith, Japan strategist at CLSA.

New York-based Fir Tree Partners has this year dropped its 2019 call for a share buyback at Kyushu Railway (JR Kyushu) in favour of nominating three board directors.

“Due to the impact of Covid-19, JR Kyushu now desperately needs to use its excess cash to maintain business operations at a time when profits have declined, ” said Tim Laurie, investment analyst at Fir Tree.

“Now more than ever, there is a clear need for additional oversight and independent directors on the board, ” he added.

JR Kyshu is opposed to the proposals, saying it already has a diverse board with more than a half from outside. It declined to comment on changes in Fir Tree’s proposals.

Many broad institutional investors are pushing for companies to make their board more diverse. Goldman Sachs Asset Management has said it would vote against directors if the board has no women.

The fund initially planned to propose a share buyback, but instead has called for Fujitec to cancel treasury shares - shares held by the company, usually after buybacks - saying the action would improve corporate value at no cost to the company.

Fujitec disagrees, saying they can be used for future financing.

Japanese institutional investors, who have increasingly joined activists in pressuring boards to improve returns, have also eased up in their demands.

Sumitomo Mitsui DS Asset Management last month relaxed the minimum it expected of its investees for return on equity and dividend payout ratios during the 2020 voting season, citing the pandemic.

“Companies are likely to be in need of a comfort blanket, worrying about the ‘second wave.’ That cash is probably not going anywhere, ” Smith said. “So the presents are still under the Christmas tree. We’re just going to have to wait a little longer to open them.” -—Reuters 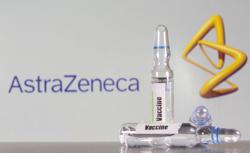