The group said its main subsidiary Sports Toto had to cancel six draws during the quarter due to the movement control order (MCO) that came into effect on March 18.

(BToto) is preparing to restart its operations as soon as possible, as the temporary closure of its businesses due to the Covid-19 pandemic has taken a huge toll on its financial performance.

The group, in a filing with Bursa Malaysia yesterday, said it had registered a net profit of RM46.8mil on a revenue of RM1.33bil in the third quarter ended March 30.

The group said its main subsidiary Sports Toto had to cancel six draws during the quarter due to the movement control order (MCO) that came into effect on March 18.

In the United Kingdom, its unit HR Owen has shut down its operations since March 23 due to the lockdown to contain the spread of the virus.

“With the operations of its main subsidiaries being shut down for more than two months, this will significantly impact the results of the group for the remaining quarter of the financial year ending June 30, ” BToto said.

Under the MCO, the operations of Sports Toto has been suspended since March 18 to June 9.

“Based on the assumption that the conditional MCO ends on June 9 and the NFO operators are allowed to resume operations from June 10 onwards, Sports Toto will effectively have only nine draws during the fourth quarter ending June 30, ” it said.

With the anticipated reopening, the group said its sales outlets will be implementing new social distancing rules and other guidelines under the standard operating procedures issued by the National Security Council.

“The introduction of these measures and fear of the pandemic may affect customer confidence in the immediate term, ” it said.

“In spite of the above, the directors are cautiously optimistic that the business will gradually recover, given that the NFO industry was fairly resilient in the past economic crises.” 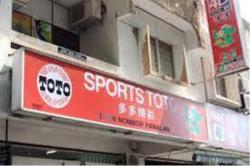 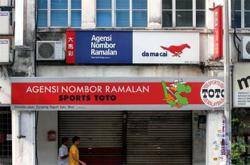