The South Asian nation is seeking to strengthen its regulatory grip on rupee trading as blowouts in offshore prices tend to disrupt exchange rates for the currency.

NEW DELHI: India’s most ambitious step to get a tighter grip on rupee trading, which has been shifting to markets like London and Singapore, is being put to the test as the nation’s banks start trading the currency in offshore markets.

Twelve local lenders, including State Bank of India, Bank of Baroda, Axis Bank Ltd., and ICICI Bank Ltd, can trade in the Non Deliverable Forward market for the currency from Monday.

Reserve Bank of India governor Shaktikanta Das had made a surprise announcement in March allowing certain banks to trade the rupee offshore.

The South Asian nation is seeking to strengthen its regulatory grip on rupee trading as blowouts in offshore prices tend to disrupt exchange rates for the currency.

The move closely follows India kicking off its domestic NDF market in May with two exchanges starting trading in forex-settled dollar/rupee contracts.

“Participation of Indian banks, who have real-time access to both onshore spot, forward, and NDF market would help in curbing volatility, ” said Subrat Kumar, general manager-specialized integrated treasury at Bank of Baroda.

“It will also add new non-resident customers to their fold by offering better pricing and liquidity.”

The NDF, nominally a tool for hedging, is also popular with investors who want to bet on the future direction of a currency without taking deliveries.

The average daily volume for the rupee in London totaled US$47bil in April 2019, according to the Bank for International Settlements.

That’s a five-fold jump from 2016, and more than the US$34.5bil of trades executed locally at the time.

ICICI Bank started trading in the dollar/rupee contracts, dealing with both clients and other banks in the Singapore market on Monday, the lender said in a statement.

The lenders should have branches in a special hub called the International Finance Services Center in GIFT City in western India to be eligible to trade in offshore currency markets.

Banks are putting in place documentation to trade with the big global banks and to vie for clients like hedge funds, asset managers, and large corporates.

A legal document called a Dollar Credit Support Annexe is usually a prerequisite to deal with an overseas counter-party, which banks are putting in place, bankers said.

All trades in NDF markets have to be reported to the Clearing Corp of India platform, according to the central bank’s rules.

“Banks are expected to put in place their own limits for basis risks of NDF and onshore curve.

“While banks will offer trading from multiple venues, we expect that from an economic risk perspective, the risk will likely be managed through the India branch, ” ICICI’s Prasanna said.

By allowing the banks to trade in NDFs, RBI is ignoring a recommendation by its own panel, which had suggested against it citing the potential loss of onshore liquidity, to get a better regulatory grip on the ballooning volumes.

“We expect a moderate start to trading by Indian banks as enablers are still being put in place, ” said Neeraj Gambhir, president and head of treasury and markets at Axis Bank Ltd.

“The full impact will be felt over some time.”— Bloomberg 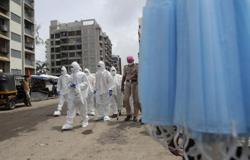