THE country’s biggest refined sugar producer, which has been loss-making for six consecutive quarters and beset by overcapacity, is confident that the light at the end of the tunnel is turning brighter.

has been working on a turnaround plan that includes cost rationalisation, enhancing its presence in export markets and making its production capacity more efficient.

It is also seeking to monetise its non-core assets and release new products. The fact that it has increased the average selling price of its refined sugar is also a boon to its margins.

Most recently, the group announced its plan to shut down its refinery operations in Perlis and consolidate its refined sugar production by relocating the Perlis production capacity to its Johor factory.

Speaking to StarBizWeek, MSM group chief executive officer Datuk Khairil Anuar Aziz says the group is expected to turn profitable by the end of 2020, if the turnaround agenda works out as planned.

“The plan to consolidate the group’s capacity to MSM Johor will increase the utilisation rate, and reduce the refining production cost.

“Although we are putting more effort into ramping up the production in Johor to increase our efficiency, we also need to assess the market demand locally and internationally.

“The increase in efficiency is expected to materialise by the fourth quarter of 2020 or early 2021, ” he says. 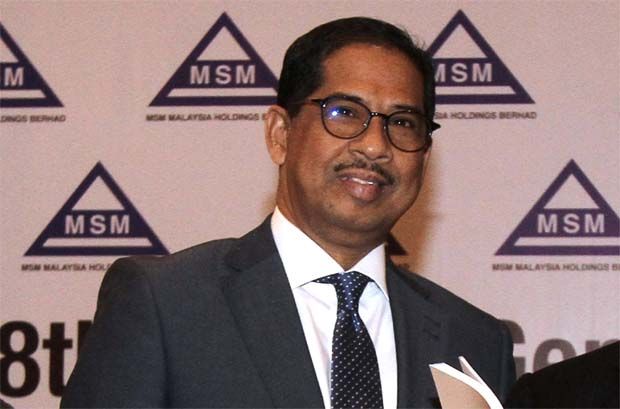 Speaking to StarBizWeek, MSM group chief executive officer Datuk Khairil Anuar Aziz says the group is expected to turn profitable by the end of 2020, if the turnaround agenda works out as planned.

Following the consolidation of the Perlis and Johor factories, MSM’s refining capacity will reduce from 2.25 million to 2.05 million tonnes.

“With that, it will increase MSM Johor’s utilisation rate, which, in turn, will reduce MSM Johor’s refining cost. We anticipate the move will impact us positively.

“Our Johor facility has reached its highest utilisation rate at 34% and is expected to further increase after the closure of the Perlis factory, while the Prai factory is currently running steadily at approximately 75%, ” says Khairil Anuar.

For context, MSM currently controls about 61% of the domestic market.

The decision to cease the high-cost MSM Perlis operations was made considering its unfavourable location 130km away from the nearest port and low production capacity.

MSM’s other two refineries in Johor and Prai are well positioned near Tanjung Langsat Port and Penang Port, respectively, and are able to efficiently connect to Malaysia’s market centres.

Following the ceasing of operations, MSM’s assets in Perlis will be utilised to develop a new agriculture growth area called FGV Agro Food-Valley, in collaboration with its parent company, FGV Holdings Bhd

With regard to the efforts to address MSM’s excess sugar-refining capacity, FGV group chief executive officer Datuk Haris Fadzilah Hassan said on May 28 that the company was working on finding a strategic partner to export some of MSM’s products.

“Right now, we have an interested party that is going to test out the sales first, ” he said.

Moving forward, MSM recognises the need to expand its export destinations in order to boost its sales performance, as well as reduce its current overcapacity.

The group aims to penetrate the Middle East and North African region, while at the same time planning to increase its presence in Asean countries and the larger Asian region.

According to Khairil Anuar, MSM has secured over RM160mil worth of contracts for the export of refined and liquid sugar through MSM Johor.

“In addition, MSM also targets to export approximately 300,000 tonnes of its sugar products in financial year 2020 (FY20), with an estimated contribution to the full-year top-line revenue of close to RM500mil for the group, ” he says.

For nearly a year, particularly since June 2019, MSM has continuously introduced new products for exports, such as premix sugar, liquid sugar and fine syrup.

It says that the exports of these products, on top of molasses, will continue to be increased moving forward.

As for the domestic market, MSM intends to launch its healthy sugar variants next month and downstream products with the FGV group in June or July this year.

Based on the recently-announced results for its first quarter ended March 31,2020, about RM40mil or 7.8% of MSM’s revenue was contributed by its export sales.

The biggest contributor was the sales to industries, representing RM268mil or almost 53% of total sales.

The sales to the domestic retail segment was RM201mil or about 39.5%.

MSM’s total sales volume in the three-month period increased by 5%, thanks to the newly launched export products in the second-half of 2020, such as premix and liquid sugar. The shipment of fine syrup in February 2020 also contributed to the increased sales volume.

On top of its improved sales, MSM is also exploring ways to preserve its margins.

According to Khairil Anuar, the group has been successful in improving the average selling price for its domestic and export markets.

“Our product development has also been successful and we have been able to launch new sugar products for the export market with better margins.

“We are working constantly and consistently on product diversification and have a few better-margin products targeted to be launched later this year, ” he says.

On the group’s ongoing cost-cutting efforts, Khairil Anuar says many measures have been undertaken.

The biggest and most important measure is the implementation of the ‘Just-In-Time’ mechanism for the procurement of raw sugar, which is aimed at enhancing MSM’s cash flow and reducing storage costs, since unfavourable contracts that had locked in prices at a high level expired in December 2019.

With raw sugar being one of its largest cost components, the new mechanism not only secures the supply of sugar, but also enables MSM to save on interest costs as funding needs are expected to reduce.

It is worth noting that MSM’s rationalisation plan, which began in the second quarter of 2020 following the decision to cease its non-core plantation operations, have begun to bear fruit.

Khairil Anuar says that the decision to consolidate the Perlis refining capacity to the larger plant in Johor has enabled MSM to save RM1.6mil in depreciation costs per month since the third quarter of 2019.

“This year, we will further save RM1.1mil in operational cost per month. This will be achieved as we will be able to increase the utilisation of the Johor plant, which will in turn reduce the refining and operational cost for the group, ” he says.

Khairil Anuar was also asked to comment on the group’s plan to improve its balance sheet. As at end-March, MSM was sitting on a net debt position, with its cash and cash equivalents totalling RM114.82mil against total borrowings of RM923.11mil.

In response to this, Khairil Anuar says that the improvement in MSM’s gearing level should be seen by the third or fourth quarter of this year, down from the current gearing level of 30% to 40%.

“MSM had reduced more than half of its outstanding bridging loan facility in May 2020 and will continue to serve its bridging loan debt commitment until it is fully settled in the early fourth quarter of 2020.

For its first quarter (Q1) of FY20, MSM reported that its net loss had widened to RM34.71mil. A year earlier, the group had recorded a net loss of RM7.06mil.

The higher loss was attributable to MSM’s lower gross margin of 3%, higher finance cost and higher depreciation incurred in the quarter compared with the same quarter last year, due to the commercialisation of its Johor plant.

However, MSM’s revenue in Q1 rose 5% year-on-year to RM510.84mil, thanks to the increase in the overall average selling price for the group and new export products in 2020. 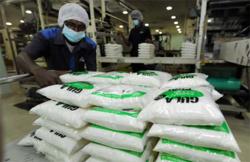 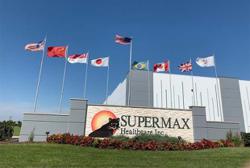