Group chief executive officer Datuk Haris Fadzilah Hassan (pic) said crude palm oil (CPO) prices are expected to improve to between RM2,200 and RM2,400 per tonne this year due to a pick-up in demand for palm oil products, especially from India and China. Last year, CPO prices were at RM2,021 per tonne.

, which suffered bigger losses in the first three months of this year, is targeting a better financial performance in 2020 than last year despite the current challenging business environment due to the outbreak of the coronavirus (Covid-19) pandemic.

Group chief executive officer Datuk Haris Fadzilah Hassan said crude palm oil (CPO) prices are expected to improve to between RM2,200 and RM2,400 per tonne this year due to a pick-up in demand for palm oil products, especially from India and China.

“With the India trade coming back and the easing of Malaysia’s movement control order (MCO), sales are expected to pick up in tandem with better palm oil production than in 2019, ” he told reporters in a virtual briefing.

He pointed out that FGV has secured sales for June and July delivery in India, which is a major importer of CPO.

In addition, the firm had recently signed an agreement with an India-based company to further strengthen its participation in the food products market.

FGV is expected to benefit from the higher CPO prices as the group is targeting an improvement in its fresh fruit bunches (FFB) output to 4.5 million tonnes this year, compared with 4.4 million tonnes last year.

Haris said FGV’s first quarter, which ended on March 31, was a tough period for the group as it suffered a 33% declined in FFB and CPO production due to dry weather experienced. Reduced fertiliser usage affected both FGV’s estates, as well as the performance of smallholders and third party suppliers, which accounted for 70% of CPO production.

FGV said the losses were partially cushioned by a higher average CPO price realised in the current quarter of RM2,669 per tonne compared with RM2,159 per tonne in the preceding quarter.

Haris believes the conditions for FGV would improve in the second half of the year with both FFB production and its overall performance picking up again.

“The negative impact from the dry weather, MCO and fertiliser application are starting to ease, ” he said.

“We are in this business for the long haul and we view the disruption of global food sector supply chains as an opportunity to address national food security concerns and to potentially leverage on import substitution opportunities for essential food items, ” he added.

CGS-CIMB research head Ivy Ng expects CPO prices to average at RM2,300 per tonne for this year, which would be a boon for plantation companies.

However, she said this would depend on production growth by plantation companies this year.

“If they can outperform peers on production growth, they will benefit from higher CPO prices, ” she told StarBiz.

Meanwhile, Haris pointed out that the group has identified eight “non-core” assets worth a total of RM150mil for sale.

, he said that FGV is still looking for a buyer. “We welcome any proposal for MSM, ” he added.

Last year, it was reported that there were four interested parties for the stake in MSM including JAG Capital Sdn Bhd, which is an investment holding company linked to the family of former second finance minister Datuk Seri Johari Abdul Ghani and Singapore-based Wilmar International Ltd.

On MSM’s excess sugar refining capacity, Haris said FGV is working on finding a strategic partner to export some of MSM’s products.

“Right now we have an interested party that is going to test out the sales first, ” he said.

FGV’s sugar business registered a bigger loss of RM27.89mil compared witha the RM2.87mil loss in the previous financial period, mainly attributable to lower gross margins, higher finance costs and higher depreciation due to the commercialisation of its Johor plant. In light of the declining demand for sugar consumption, MSM has announced a diversification plan to produce liquid sugar and premix for the export market. 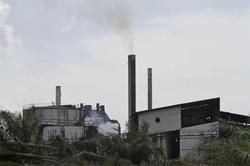 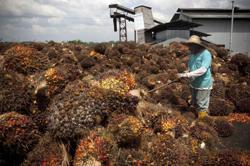 Stronger CPO prices seen in the near term