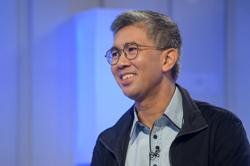 Ahmad Badri was, until recently, the Treasury Secretary-General in the Finance Ministry where he served for nearly 30 years.

He has sat on the EPF Investment Panel since 2014, and is highly experienced in the field of strategic investment, loan management, financial market and actuarial science.

“The EPF is privileged to receive such a distinguished and experienced chairman who is more than qualified to guide us in these tumultuous times,” chief EPF officer Alizakri Alias said in a statement.

“We are sure that with his able leadership, the EPF will reach new levels of excellence and customer service for our members.”

Meanwhile, Alizakri thanked Samsudin for leading EPF to become one of the most respected organisations in the region.

“I can only wish, on behalf of the EPF, our deepest gratitude and the very best for his future,” he said.

Earlier on Thursday, the government announced the appointment of Datuk Asri Hamidon as the new Treasury secretary-general effective May 1.

It was believed that Ahmad Badri was supposed to retire in March this year but his contract was extended.

Ahmad Badri has held various position within the Finance Ministry during his career. He holds a master’s degree in business administration at University of Hull.

In February, Ahmad Badri was appointed as chairman of Tenaga Nasional Bhd

As Treasury sec-gen, he also sits on several boards including Bank Negara, the Retirement Fund Inc and Permodalan Nasional Bhd, among others.

The EPF is one of the largest provident fund in Asia with total asset size of RM870bil as at end-2019.

The fund currently has more than 7.6 million active members, with net contribution of more than RM30bil a year. 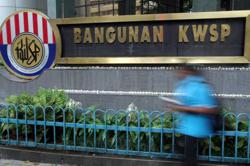 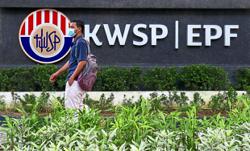