said it has received new bookings worth RM37mil a week via its digital platforms - website and mobile apps - during the MCO period.

The developer is maintaining its sales target of RM1.6bil for the financial year ended Dec 31,2020, according to an analyst report from AmInvestment Bank.

“We saw a full migration of workforce who were able to work remotely, with 100% of client-consultant-meetings held online.

He said the company also launched virtual (reality) show units but clarified that there are different interpretations of VR, those that does not involve using VR headsets may “technically” not be considered as VR.

“We tried VR headsets years ago but this did not resonate with buyers.

Increasingly, developers are turning to various platforms to market and connect with potential customers.

“We need to employ new ways and hopefully this will be converted to sales, ” she said.

Ng said Trinity Group started the VR tours which does not need client donning VR headsets, even before the MCO because they wanted “an online presence” 24/7.

The strategy is to “put us ahead” of the competition, Ng said.

“VR tours aside, what is even more important is to integrate all online channels available in order to formalise a sale, ” she said.

Ng said some clients prefer whatsapp as the initial contact point, before moving to a Zoom meetings or a show-and-tell to explain the project details.

“Many of them are of the view that the traditional way of marketing their projects -- building a show gallery and show units - is the way to go. That remains their main option.

“But this MCO is forcing them to have a paradigm shift, ” company founder Loy said.

“It is more user friendly but at the end of the day, it will still boil down to location and price point, ” Chang said.

“Tech is just a sales kit, but if the package is not correct, or if the agent is not conveying the message, it will not work.

“People will not pay a booking fee based on tech. They still want to human touch.

“The advantage of digital solutions, however, enable developers to give a foretaste of what is to come, ” said Chang.

“They can market their projects even while the real show gallery or show unit are being built. VR and augmented reality (AR) solutions are a fraction of the cost of bricks-and-mortar show unit which has to be dressed up, ” Chang said.

VR involves an artificial environment whereas AR is a blend of the real and the fake.

“However, technology moves quickly and there is a cost to upscaling, ” he said.

Malaysian Institute of Estate Agents president Lim Boon Ping expects more developers to have digital show units as there will be concerns about crowded and confined spaces.

VR/AR technology comes with a cost and only developers would be able to invest in this. MIEA is preparing members for it.

Lim said there are about 25,000 agents and negotiators in the country. MIEA has a total membership of 6,500. 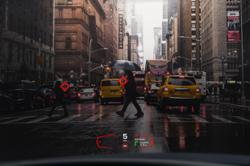