How about stimulus plan for education business?

IT’S a less talked about business in Malaysia as the various industry players from the other sectors lament about their struggles to pay bills, cope with cash flows and keep jobs.

But among the hardest hit is the education business and that means private colleges and universities.

Not many people, including even top government officials, realise that the education sector is a huge revenue-earner.

At least RM11.8bil comes from the contributions of international students, mostly from private higher education institutions, and RM31.5bil more in the form of tuition fees and living expenses through food and rentals.

Education is one of Malaysia’s biggest exports as we have the 10th largest market of international students worldwide.

It’s a multi-billion ringgit business, and it can be regarded as a low-hanging fruit, as Malaysia now desperately needs to find money to keep the country going.

It is not just about keeping the economy from collapsing and saving jobs of Malaysians but finding new ways to help our national coffers.

It is a no-brainer that we can’t continue to depend on crude oil and palm oil.

I spoke to Datuk Parmjit Singh, who heads the Malaysian Association of Private Colleges and Universities, after hearing the growing sentiments of the education sector.

For a start, we have lagged behind, despite the lofty targets as other neighbouring nations have also allowed foreign universities to set up branches. The foreign public universities are competing for foreign students.

Our rules, affecting foreign students, have neither changed nor relaxed. With the arrests of foreign students, including one doctorate student who died from heart attack while in detention, we made news globally for the wrong reasons. Other grievances included the call for better part-time working hours for students.

Some government officials still do not understand that this is a revenue-earner. It has created many jobs. It would help if the government plays less of a regulator but a supporter of this business.

Covid-19 has landed a huge blow to the industry as the movement control order (MCO) came into effect during the peak of a major recruitment season for Malaysian institutions of higher learning, particularly for local students post SPM and STPM.

“Many had to abandon preparations and plans for recruitment activities midway. While some were able to run e-Counselling services, this is not as effective as face-to-face enrolment on campus or during exhibitions and roadshows to address queries from parents and prospective students.

“The impact on recruitment is further compounded for institutions who are, at the same time, heavily dependent on recruiting international students.

“In addition, new intakes that were to have commenced as planned in late March and April, were postponed resulting in institutions being unable to meet cash flow requirements.

“At the same time, all major expenses including staff costs and rentals continue to be incurred during this period, ” said Parmjit.

For most institutions, employee salaries and infrastructure costs take up about 75% of operating costs. Some universities have already suspended the posts of consultants and contract staff, as a start.

And online study is not as simple as downloading a Zoom app, as it much more complex with additional unbudgeted investments to acquire and provide online tools, support resources and facilities as well as cloud services.

The cash flow problem has cropped up because most institutions allow for monthly and semester fee payments by students.

“For example, institutions which have semesters commencing in March and April have been unable to collect fees from a majority of students whilst they are studying online with the MCO in force. Those who have postponed the commencement of the new courses in March and April are equally affected, ” he said.

While one can argue that payments can be made online, the reality is that most students only pay up when they are present in campus.But the fear is that if the MCO or Covid-19 situation prolongs, there will be further impact on all institutions due to deferment or withdrawal from studies, especially by foreign students who have returned to their home countries.

Will the foreign students return? Well, that would depend on how we fight the Covid-19 outbreak, and most parents, would not like the idea of sending their children to Malaysia if it remains high on the list of affected countries. Let’s remember that they have other choices.

Parmjit said: “A number of factors would influence their decision, for example the impact on their personal finances; for those who are sponsored or under scholarships, would their sponsorship or scholarship continue post Covid-19?; travel and/or visa restrictions imposed by their respective countries or by our authorities; students adopting a wait-and-see approach and many will choose to defer their studies or find alternative destinations to complete their education.”

So what can the Malaysian government do to support this revenue-earning sector as part of a stimulus package in the existing term and long-term post-MCO?

It cannot be denied that the private education industry has struggled and grown totally unaided without any substantial fiscal support from the government compared with other sectors over the last four decades.

Parmjit has appealed to the government to introduce a stimulus package that would help the industry attract international students as soon as travel restrictions are lifted which must include the immediate revamp of Education Ministry Global Services and a review of the eligibility criteria for incentives and facilitation provided by the Malaysia External Trade Development Corp.

According to the United Nations Educational, Science and Cultural Organisation (Unesco), Malaysia is among the most preferred tertiary education countries among international students.

Unesco’s International Students Mobility Survey 2014 ranked Malaysia as the 12th most preferred education destination in the world.The lower cost of living, use of English, a diverse culture, comfortable lifestyle and currency exchange rates have made the country attractive but we need to push ourselves to be more competitive.

It will help if the student visa process is made easier and faster, if the requirements are met after vetting.

There is no point in making Malaysia an education hub if the government does not get the support of all its agencies especially the little Napoleons.

Applicants will be put off if there is a lengthy process in comparison with other countries.

And finally, let’s face it, many Malaysians need to adopt an open attitude towards foreign students, especially the non-Caucasians.

The reality is that a majority of our international students are from Bangalesh, Pakistan, India, Sri Lanka, Africa, China, the Middle East and Central Asia.

They don’t deserve to be treated as illegal immigrants if they have the necessary documents, and there is no reason for the police and immigration to harass them as perceived. Perception is everything, unfortunately.They are here to study and there is no reason for us to make it difficult for them to enter the country because of their appearance or colour of their skin.

It’s good that a permanent help centre is operational at the KLIA but we really need to change our ways.

Last year, there was a reported 130,110 students in Malaysia from 136 countries, mainly those in Asia, Europe, the Middle East and Africa but for the private higher education institutions, there were 89,346 students as of February 2020. As of 2018, there were 92,415 foreign students in these colleges and universities.

The numbers have kept decreasing and with Covid-19, it will hit us even harder.

Mr Prime Minister, please drive the message down, as a former Education Minister, that this is a revenue-earning industry and the sector needs all the backing, as education is essential even in a recession. 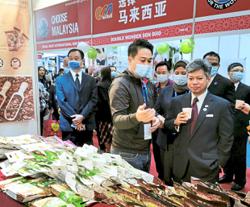