MILESTONE: Aerial view of where the breakthrough of the underpass tunnel below the Kuala Lumpur-Seremban Expressway near Sungai Besi takes place, marking another milestone for the MRT Sungai Buloh-Serdang- Putrajaya Line project, which contributes to the project achieving more than 70% completion. Pic by MRT Corp

KUALA LUMPUR: Overall construction of the MRT Sungai Buloh-Serdang-Putrajaya (SSP Line) is now more than 70% completed as it achieved a major milestone with an underpass tunnel below the Kuala Lumpur-Seremban Expressway near Sungai Besi.

“We should be able to begin operations for Phase One of the SSP Line between Kwasa Damansara Station and Kampung Batu MRT Station by the middle of 2021, and the rest of the line by 2022, ” he said in a statement.

The completion dates showed that the change of the project structure from utilising a project delivery partner to a turnkey model had not affected progress.

This change in structure was an outcome of the cost rationalisation exercise of the project which resulted in a cost savings of RM8.82bil for the project.

Amiruddin said the entire elevated guideway for Phase One operations had been completed and track-related installation programme works were now being carried out. Sixteen train sets had been delivered to the Sungai Buloh Depot and were ready for testing.

For the underground section, continuous twin tunnel sections between Sentul Barat Station and Ampang Park MRT Station, and between Chan Sow Lin and Bandar Malaysia Selatan had been completed, with a total tunnel excavation distance of 20km out of 23.6km or 85% completed.

On the breakthrough of the underpass tunnel below the Kuala Lumpur-Seremban Expressway, he said it took place on Saturday.

This marked the completion of excavation works for the second of two tunnels, located between 4.7 metres and five metres beneath the busy expressway. The first tunnel breakthrough was achieved on Feb 25. Amiruddin said the breakthrough was a major milestone achieved in the construction of the second line of the Klang Valley MRT Project.

“The success of the V204 underpass construction shows the strong commitment of MRT Corp as project owner and the construction team from MMC Gamuda KVMRT (PDP SSP) Sdn Bhd as turnkey contractor and WCT Bhd as the work package contractor to deliver the project according to schedule, ” he said.

The breakthrough, he added, was the result of innovation and ingenuity by using different methods in the construction of the SSP Line so that challenges could be overcome with minimum inconvenience to the public.

MMC Gamuda deputy project director Amir Malik Faeiz said: “To cross the expressway, studies indicated that an underpass was the ideal solution as constructing the viaduct crossing above was not possible with the low land on the Sungai Besi side of the expressway.

“This made tunnelling under the expressway the best solution.”

Both tunnels have a diameter of 5.8 meters and are 60 meters in length. The tunnels are located between Taman Naga Emas and Sungai Besi stations.

Construction of the tunnels began in March 2019 and throughout the period, the expressway above -- a major transport artery leading into and out of Kuala Lumpur -- remained open to traffic.

Constant monitoring and various safety precautions were taken to ensure that the construction work did not have any impact on the expressway. 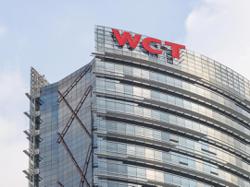