HONG KONG: Lenders including ING Bank NV have accused a Singapore commodities firm of fraud after it defaulted on debt and left the financiers facing potential losses on hundreds of millions of dollars in their liabilities.

Agritrade officials declined to comment. Ng Xinwei noted in a Feb. 10 court filing that allegations of fraud perpetrated by Agritrade International "and/or its directors” had been made by banks including MUFG Bank Ltd. and Natixis SA. Ng Xinwei’s lawyer said nothing linked him to fraud. Ng Say Peck couldn’t be reached for comment.

Agritrade International, whose businesses span palm oil and coal mining, is the latest commodities firm to come under financial strain amid coal and oil market turmoil. Its subsidiary Agritrade Resources Ltd., which operates mines in Indonesia and China, is in default on a total of $244 million of loans.

A group of 15 lenders including ING, Malayan Banking Bhd

ING alleges that Agritrade issued multiple "overlapping” bills of lading, or lists of shipment goods, to obtain financing from multiple banks for the same shipment. Commerzbank believes that shipments of coal it had financed didn’t exist, after it hired a coal specialist to investigate, according to a filing.

ING, MUFG, Natixis and Commerzbank declined to comment. A spokesperson for Malayan Banking said the bank is unable to comment on specific clients and that it has "a stringent provisioning policy in place and takes appropriate measures as and when required to manage the asset quality of our entire credit portfolio.”

ING alleged in its Feb. 12 filing that Agritrade’s current predicament is due to "a massive and pre-meditated fraud” perpetuated by Ng Xinwei and Ng Say Pek, who founded the business.

Bazul Ashhab, a lawyer representing Ng Xinwei, said Ng "has never been involved” in the company’s trading business, which was run by Ng Say Peck.

When allegations of fraud surfaced, Ng Xinwei immediately took steps to increase the scope of an independent financial adviser’s role in carrying out investigations, which show that "there is nothing that links Mr. Ng Xinwei to the fraud perpetuated” against Agritrade International, the lawyer said by email.

Ng Say Peck stepped down as chairman of Hong Kong-listed Agritrade Resources in February. There was no reply to an email to Say Peck’s former company seeking comment from him. A Bloomberg reporter who visited his listed residence in Singapore was told that he was not there. The reporter left a note seeking comment on the allegations and there has been no reply from Say Peck.

In the Feb. 10 court filing, Ng Xinwei said his father flew out of Singapore around Dec. 21, he understood that Say Peck went to China, and had no knowledge if his father intended to return to Singapore.

A Singapore court dismissed this month an application by Agritrade International for a moratorium against lenders taking action, and it appointed interim judicial managers over the company. Since then, Ng Xinwei still remains a director and is assisting the managers to negotiate a proposal from an investor to inject funds and repay its creditors, according to Ng’s lawyer.

A spokesman for the department, which is the principal white-collar crime investigation agency in the city-state, said that it’s "inappropriate to comment on ongoing investigations.”

Agritrade International started off as a family-run palm oil trading firm in 1979. Hong Kong-listed Agritrade Resources said in November that coal prices have been declining due to "shrinking coal import” from major markets like China and India, and under such unfavorable markets, the group reduced its coal production. - Bloomberg 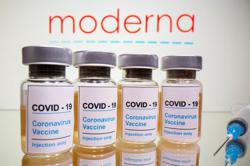