PRESSURE is mounting on the Pakatan Harapan government to prove its mettle after the country recorded its worst growth rate since the Global Financial Crisis a decade ago.

The biggest threats facing the domestic economy in 2020 are the continued slowdown in the global economy and trade, a prolonged novel coronavirus (Covid-19) outbreak and commodity supply disruptions.

These threats, coupled with weak business sentiment, could weigh on growth further in 2020. 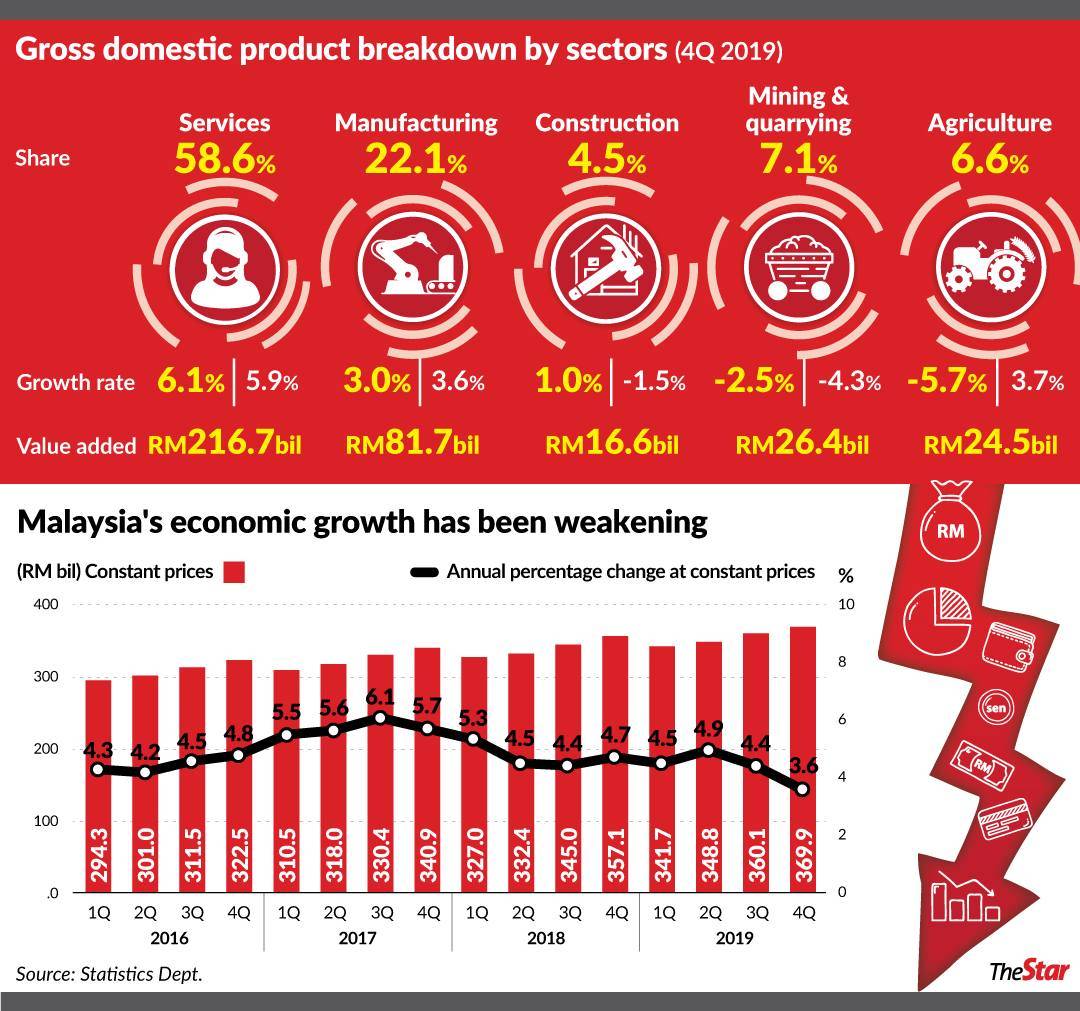 For context, the Business Conditions Index, as measured by the Malaysian Institute of Economic Research, continues to be below the “optimism threshold” since the final quarter of 2018.

Meanwhile, Maybank Investment Bank group chief economist Suhaimi Ilias predicts a sub-4% growth in 1H20 before rebounding to above 4% in 2H20. This is assuming the outbreak is contained by June 2020. 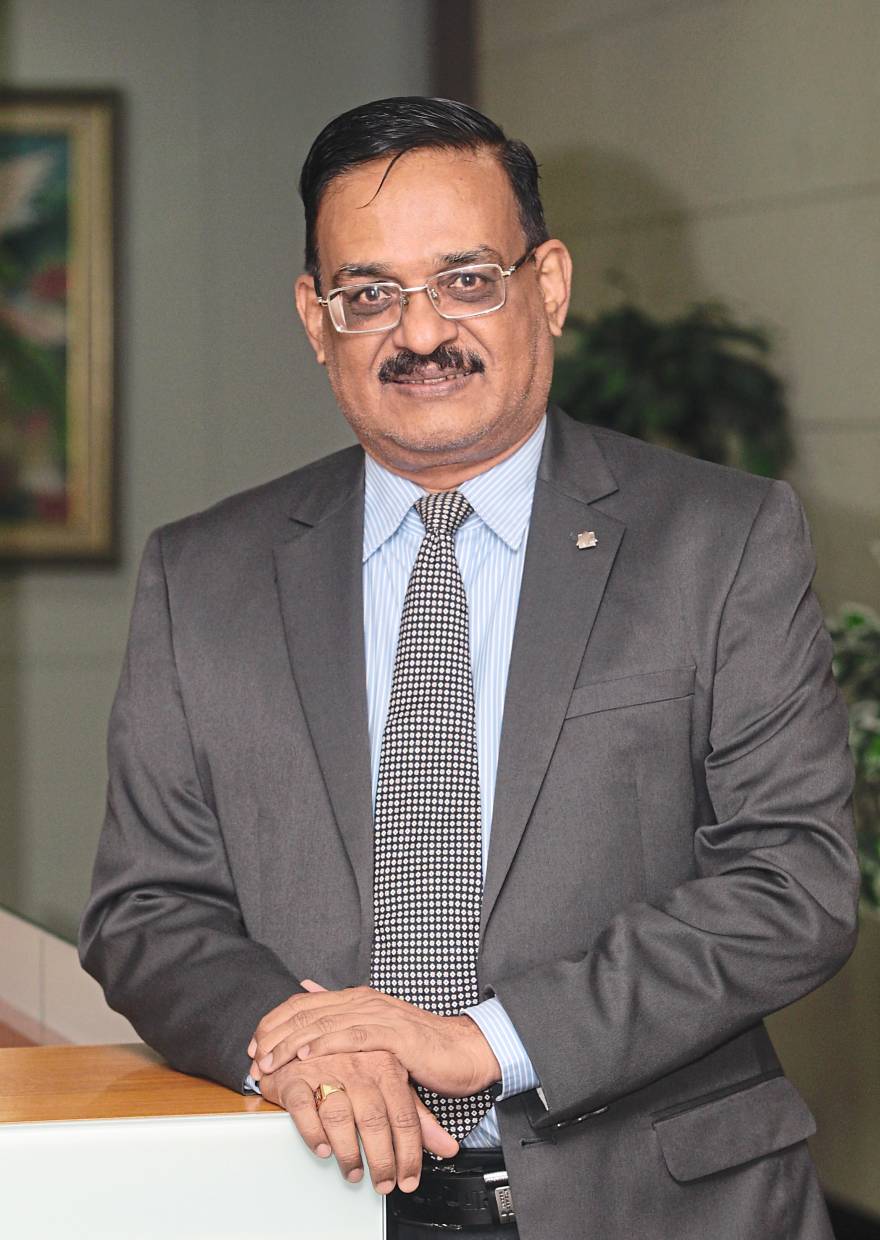 Manokaran expects the fiscal deficit to rise to 3.7% in 2020, exceeding the government’s target.

In view of such challenges, a stimulus package in the form of higher government spending and investments is a much needed catalyst to avert further economic slowdown.

Finance Minister Lim Guan Eng said in a statement yesterday that Prime Minister Tun Dr Mahathir Mohamad will announce an economic stimulus package on Feb 27, in response to the impact from the Covid-19 outbreak.

He adds that the economic stimulus package is neither a new budget nor part of Budget 2020 measures.

Instead, assistance will be given to the affected sectors to allow the economy to emerge as whole as possible and benefit from the expected economic rebound post-Covid-19.

According to Lim, the emphasis of the stimulus package would be on exploring alternative revenues such as shifting towards encouraging domestic tourism and sourcing from other markets.“This also involves keeping the domestic labour market resilient while ensuring our soft and physical infrastructure remain in place amid the short-term weakened demand, ” Lim says.

A fiscal stimulus, if properly applied to the relevant sectors, would improve market sentiment, spur local demand and reduce economic losses caused by Covid-19 and the US-China trade war.

The government had previously forecast a 3% fiscal deficit level in 2020, but had later revised it to 3.2%.

While he concurs that fiscal consolidation measures are important to ensure the country’s sovereign rating is not compromised, he says that a slightly higher deficit ratio during times like this will not hurt the economy

“Rating agencies normally rate through the cycle and look at sovereign rating from a holistic angle – if the slowdown affects the global economy, then they will see this as an ‘unexpected event’. In this case, it is unlikely that sovereign ratings will be affected, ” he tells StarBizweek.

Alliance Bank’s Manokaran expects the fiscal deficit to rise to 3.7% in 2020, exceeding the government’s target. 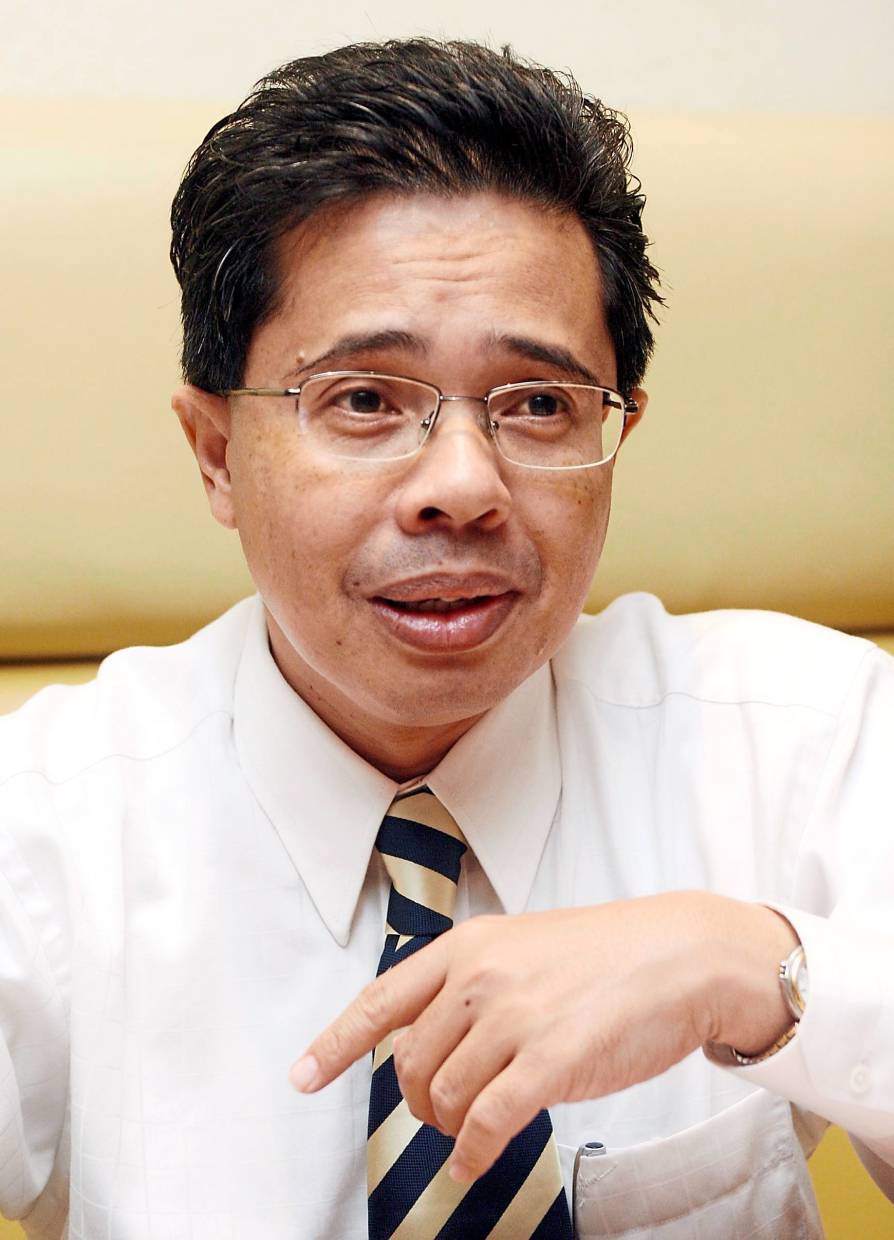 “The government does not have to worry about fiscal deficit, as many governments will inject more funds into the economy.

“Most of them will not be able to keep their target, ” he says.

On the government’s fiscal stimulus package, Manokaran expects the value to be about RM7 bil to RM10bil.

Manokaran has suggested several measures to be included under the fiscal stimulus package, among which are:

> Increasing the tax claim for sponsorship of arts, cultural and heritage activities in Malaysia that could indirectly attract more tourists

> Government agencies and departments could hold conferences and meetings in hotels and resorts, especially those with 3- and 4-star ratings

Back in 2003, the-then government had introduced a stimulus package of RM7.3bil to deal with the economic impacts of the Severe Acute Respiratory Syndrome (SARS) epidemic..

Under the stimulus package, only 23% or RM1.7bil was funded by the federal government, with the balance contributed by Bank Negara and development financial institutions such as Bank Simpanan Nasional and Bank Pembangunan, through micro credit schemes under various loan programmes.

With such an approach, AllianceDBS Research says in a note, the government’s fiscal position was not materially impacted.

The support to the economy is not entirely reliant on the government’s fiscal strength.

It also depends on the central bank’s ability to flex its muscles.

Bank Negara governor Datuk Nor Shamsiah Mohd Yunus recently hinted at a possibility of cutting the overnight policy rate further, pointing out that the central bank has ample room for monetary policy adjustments. 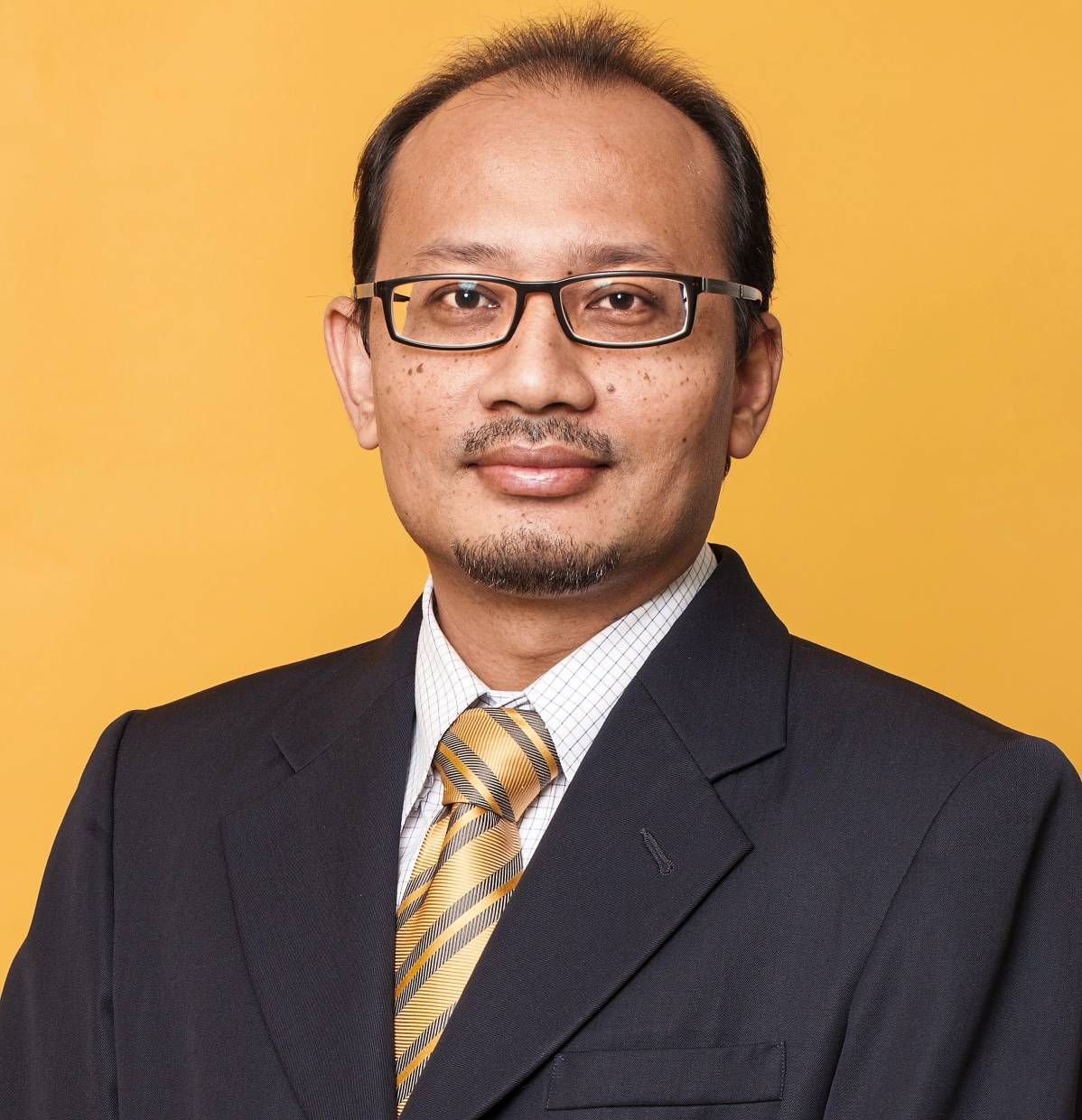 Suhaimi points out that the economy will continue to see commodity supply disruption in Q1.

The economic outlook has turned cloudier as the country merely reported a 3.6% growth for 4Q19, much below the market prediction of 4.1%. As for the full-year 2019, growth was registered at 4.3% - the lowest since 2009 and under the government’s target of 4.7%

However, in an attempt to calm market fears, Nor Shamsiah has insisted that the economy would have grown by 4.7% in 2019 and 4.3% in 4Q19 - if not for commodity supply disruptions.

For perspective, palm oil production contracted by 16.9% year-on-year (y-o-y) in 4Q19, natural gas production was down by 2.1% y-o-y, while crude oil output remained in contraction of 5% y-o-y.

Nor Shamsiah also said that the economy continued to be supported by “resilient private sector spending” and “the expansion in the services and manufacturing sectors.”

Meanwhile, public consumption inched up marginally by 1.3% in 4Q19 from 1% in the third quarter.

As for investments, public investments continued to contract albeit at a smaller decline of 7.7% in 4Q19.

However, private investment posted a big jump with a 4.2% growth in the final quarter, from just 0.3% in 3Q19.

Commenting on the private investment trend, Wellian of OCBC Bank has cautioned against reading exclusively on the year-on-year growth rate.

“At 4.2% y-o-y in the fourth quarter, the private investment does appear to have picked up considerably from 0.3% of 3Q19. But in terms of contribution to headline growth, investment activities still pose a net drag, namely negative contribution of 0.16 percentage point, albeit an improvement from -0.92 percentage point of the previous quarter.

“Even as foreign direct investment inflow has been encouraging especially into the technology cluster, domestic investment activities appear to be still relatively subdued, ” he says. 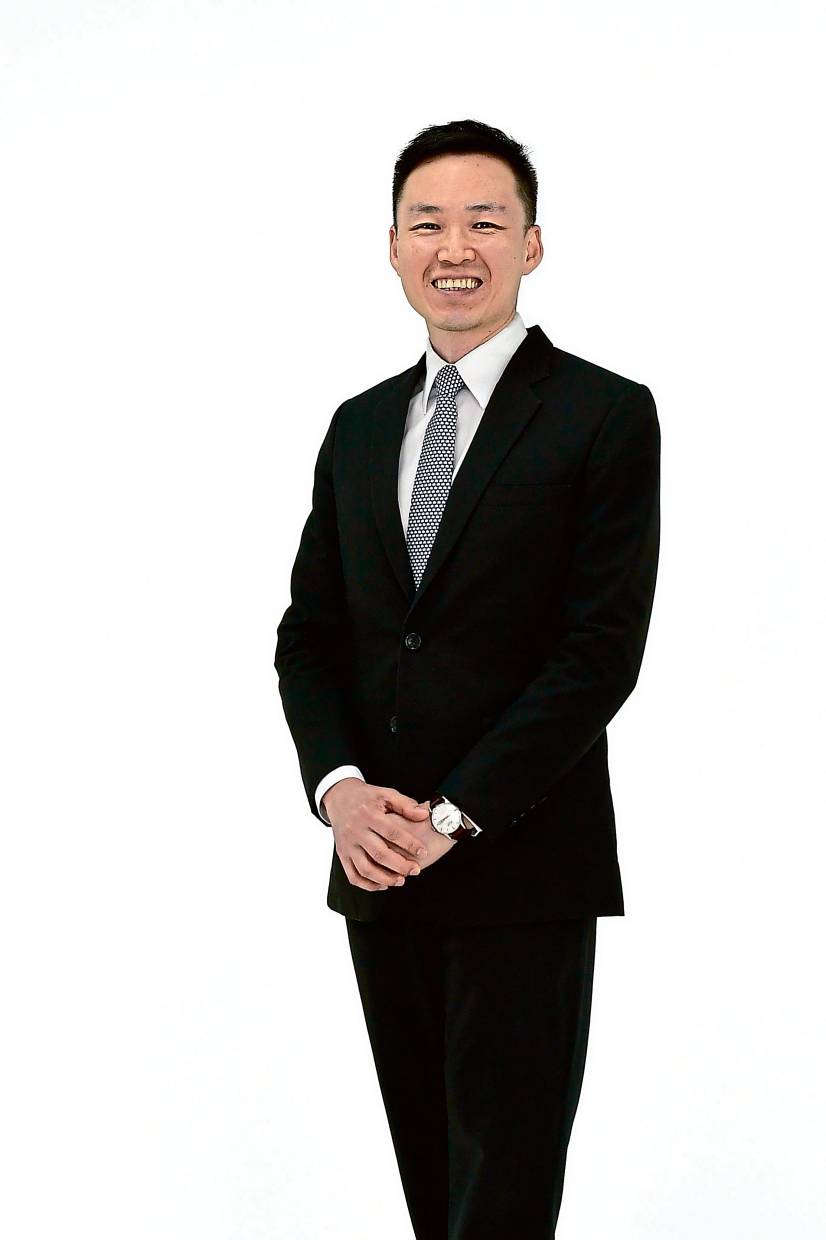 Economic forecast: Wiranto expects a 3.5% growth in the first quarter of this year.

Maybank’s Suhaimi points out that the economy will continue to see commodity supply disruption in 1Q20 and hence, affecting growth.

However, he believes the low production situation will normalise beyond the first quarter.

On net exports, Nor Zahidi of MARC expects it to continue exert pressure on the economic growth in 1Q20 as the tourism sector takes a hit post-Covid 19 outbreak.

“Expenditures by foreigners or tourists in Malaysia are considered as exports of goods and services, ” he says. In 4Q19, net exports declined by 9.8% after a growth of 15.9% in 3Q19, ” he says.

Severity of Covid-19 outbreak a wildcard for equities