KUALA LUMPUR: Bursa Malaysia started Wednesday on a firmer footing as investors picked up healthcare stocks and glove makers following the outbreak of the new strain of coronavirus from China.

At Bursa on Tuesday, foreign funds were net buyers at RM49mil while local institutions were net sellers at RM37.8mil and retail investor RM11.1mil.

Reuters reported Asian share markets steadied as investors took stock of the spread of coronavirus and weighed the possible consequences of a global pandemic.

Fears of contagion, particularly as millions travel for Lunar New Year festivities, knocked stocks from record levels on Tuesday as investors swapped them for safer assets.

MSCI's broadest index of Asia-Pacific shares outside Japan spent the morning trading either side of flat. Japan's Nikkei opened 0.1% lower, before steadying to trade flat, as did Korea's Kospi index, Reuters reported.

Plantations were among the top losers, with United Plantations and KL Kepong down 10 sen each to RM16.10 and RM24.30 while IJM Plantations lost nine sen to RM2.08. 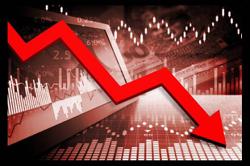