Laws against elder abuse and neglect

As the year draws to a close, habitually we reflect on the events passed which, sadly, includes lives lost. If any form of regret factors then it is telling that one might not have done enough or said enough before the person passed away. This article focuses on our elderly which will describe all of us one day.

Aging population by 2030 – is Malaysia ready?

An aging population is defined as one where 15% or more of its total population are aged 65 years and above. According to a statement by Malaysia’s Chief Statistician in July 2019, the 15% threshold will be crossed in 2030.

In a survey on aging, Malaysians have responded with concern about the oncoming silver years. Besides the lack of social services such as affordable care and housing as well as professionally trained caregivers, the family to whom the elderly traditionally rely upon are either absent, oblivious or goes through the motions without real care.

That translates to 1 out of 7. So much so that there is now an acronym describing this terrible global phenomenon: EAN.

WHO defines “elder abuse” as a single or repeated act or lack of appropriate action, occurring within any relationship where there is an expectation of trust which causes harm or distress to an older person.

Abuse can be physical, psychological, emotional, financial, or sexual and neglect is the ugly inverse, varied only by whether it was unintentional or intentional.

In property transactions, alarmingly, there are too many cases where financial abuse is apparent, ranging from the forging of the elderly’s signature, to coercion of the elder to sign over title rights and to duping the elder to give powers or rights allowing the abuser to manipulate the elder’s assets and monies.

In Lim Kim Hua v Ho Chui Lan & anor [1996], an illiterate old lady who had poor memory was reliant on the defendant (granddaughter) for food, accommodation and management of her affairs.

It was found that her granddaughter abused this relationship of reliance and exerted undue influence, causing the old lady to transfer part of her shophouse in her favour. The transfer was adjudged null and void.

In Malaysia, it is encouraging to see that a large number of academicians, social activists, medical personnel and lawyers are actively trying to engage the powers that be to champion the need for specific laws to prevent elder abuse and neglect.

However, they know that to form a LEAN action group to combat the EAN epidemic will take collaboration and concerted effort. The responsible authorities must realise that the abuse and neglect of our elders not only lead to their demise but it is also a shocking reflection of the dilapidation of our society’s basic filial responsibilities.

It was not that long ago when we leaned on our elders. So, it is really not too much to ask when they need to lean back on us.

What we have or, rather, what we lack.

The fact is that we do not have specific laws which govern the rights of the elderly so as to prevent abuse and neglect.

However, the former Act focuses on care centres per se which range from child care, to rehabilitative care to homes for the aged.

The latter Act is meant to regularise standards of healthcare services that are administered by professionals in private institutions relating to the elderly.

Then, there are the Domestic Violence Act, 1994 (Act 521) and the Penal Code of Malaysia (Act 574). However, none of these Acts focuses on the elderly themselves and what they want.

Until we are LEAN-ing the right way, amongst the many good advices, it is important to highlight three:

> always feel free to say “no” for, after all, it is your money.

What we need - Capacity to Dictate

> property and financial affairs; and/or

Whilst it is a hopeful mantra that blood is thicker than water, that is not always the case. As we strive for independence throughout our lives, similarly we should keep in our grasp this power of independence which can only come from planning ahead. Even if we inevitably have to lean on another, it would be best to do so on our terms. Laws must be crafted to enable us to plan ahead for our later years.

Carolyn Oh Li Lin, a lawyer practising at Messrs Carolyn Oh & Co is a member of the Conveyancing Practice Committee, Bar Council, Malaysia. This column does not constitute legal advice and the views expressed here are the writer’s own. 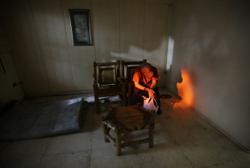