made a loss in the third quarter ended Sept 30, as higher revenue achieved was offset by hefty accounting charges on its aircrafts and fuel hedge contracts, as well as currency exchange losses.

Earnings before interest, tax, depreciation and amortisation (ebitda) was up 119% to RM691mil.

“We are repositioning our business to adapt to the new accounting treatment along with restructured aircraft ownership, from owning to leasing, and evolving competitive landscape," chief executive officer Tan Sri Tony Fernandes said in a statement today.

Group revenue jumped 18% to RM3.06bil from a year ago, driven by a 20% increase in passengers carried to 13 million.

AirAsia expanded its market share across all operating markets, notably the Malaysian domestic market share which was up by 3 percentage points year-on-year to 60%.

"This was in spite of intense competition in the domestic market, as we saw irrational fare dumping as well as baggage unbundling by competitors," AirAsia Group's president (airlines) Bo Lingam said.

"We nonetheless expect to see a reversal of this behaviour in 4Q2019, with our average fares seen higher year-on-year in the upcoming quarter.” Earnings before interest, tax, depreciation and amortisation (ebitda) was up 119% to RM691mil.

Non-airline ebitda, however, was down 33% to RM29mil from a year ago as BigPay and AirAsia.com saw larger ebitda losses on heavy spending to expand user base and operations.

All Asean airline entities of the company reported a positive ebitda.

Net operating profit was RM2mil, down from RM69mil a year ago.

The weaker year-on-year performance was due to the accounting impact from the restructured aircraft ownership, from owning to leasing aircraft, even though similar cash outflow in either financing method.

MFRS137 drove maintenance and overhaul cost up 118% year-on-year while MFRS16 adoption resulted in depreciation of right of use asset & finance costs.

Net loss for the period was RM67mil compared with a net profit of RM804mil in the previous corresponding quarter.

This was mainly due to a RM238mil fair value loss on derivatives and a RM112mil foreign exchange loss.

The group's performance in the previous was also boosted by a one-off RM171mil gain on disposal of an associate.

“On the airline outlook, management continues to focus on market dominance while maintaining our target load factor of 85%," Bo Lingam said.

In November, AirAsia received its first Airbus A321neo. The new aircraft is fuel efficient and has more seats.

"These would be key to growth opportunities in populous routes and slot-constrained markets. The new aircraft also has an additional 1 hour range, enabling us to grow into exciting new markets,” he said. 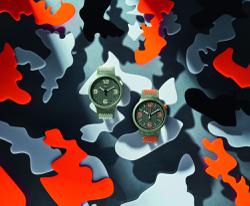