Unimech to tie up with Japanese company

(UGB) plans to boost its export business under a tie-up with a Japanese strategic partner.

Unimech on Wednesday announced that Kitz Corp, a Japanese high end industrial valve maker, has agreed to acquire a 25.1% stake in the company for RM61.9mil from substantial shareholder Datuk Seri Lim Cheah Chooi and other investors.

The deal valued the stock at RM1.65 a share. Shares in Unimech were last traded at RM1.36 on Friday.

The transaction makes Kitz Corp the second single largest shareholder in Unimech after Lim, who still retain a 25.7% stake, based on the filing with the stock exchange on Wednesday.

Sim said the two companies will leverage on each other sales channels to expand their market share.

“We will also look into the possibility of establishing a joint-venture company, ” he said.

Kitz Corp produces high-end industrial valves under the Kitz and Toyo brand names. The company has established its presence in key markets around the world.

“With the partnership, we can explore new markets such as the Philippines and Myanmar, ” Sim said.

For the second half of 2019, Unimech is targeting to ship out valves and pumps with an estimated value of over RM140mil.

“We expect the performance for the second half to improve over that of the same period in 2018, ” he added.

According to Sim, Indonesia is expected to generate about 30% of the group’s revenue in 2019.

“Indonesia is that the government there is expected to implement the B30 biodiesel blend soon.

“This will boost palm oil output, resulting in higher orders for our valves, ” he added.

Unimech supplies industrial valves to palm oil mills in Indonesia. The group currently has more than 30 sales offices in Indonesia.

“Vietnam is now the market in South-East Asia with the highest growth rate.

“We plan to set a sales office in Hanoi, ” he said.

“Our biggest markets are Indonesia and Thailand, where we expect to sell about RM100mil worth of industrial valves in 2019.

“In 2018, the two countries ordered RM87mil worth of industrial valves from us, ” he said.

According to a Research and Markets report titled ‘Industrial Valves Market-Growth, Trends, and Forecast’, the global industrial valves market is expected to record a compounded annual growth rate of 5.3% from 2019 to 2024.

In the Asia-Pacific region, the growing oil and gas and water treatment industries in China, India, and Japan are increasing the use of industrial valves, according to the report.

The report says the power industry is driving the demand for valves.

In the power industry, valves are used for various applications, such as boiler startups, feed pump recirculation, steam conditioning, and turbine bypass, the report says. 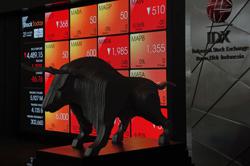 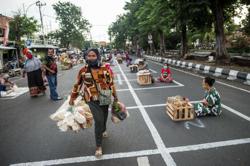