Scomnet in the spotlight after news of FDA approval

(Scomnet) have been seeing some interest following news that its largest client, California-based Edwards Lifesciences Corp, has received approval for its heart valve systems from the US Food and Drug Administration (FDA) on Aug 16.

The approval expands the number of patients who can be treated with this less invasive procedure for aortic valve replacement, according to the FDA.

The Irvine-based medical device maker, with a market capitalisation of US$46.27bil, uses Supercomal Medical Products Sdn Bhd, which is a wholly owned subsidiary of Scomnet, as one of its global suppliers.Supercomal has been supplying to Edwards Lifesciences, one of its biggest clients, for the last 10 years.

Scomnet’s share price has also been mirroring Edwards Lifesciences. Its stock is up 39% on a year-to-date basis. In 2018, Scomnet was up 40%. It closed one sen lower to 77 sen yesterday.

Edwards Lifesciences is already up 45.26% on a year-to-date basis, significantly outperforming the Dow Jones’ 12.04% over the time period. Scomnet’s earnings outperformance started at end-2017 after it announced that it had entered into a shareholder agreement to buy the remaining 80% stake in Supercomal it didn’t own for RM80mil.

Supercomal became Scomnet’s wholly owned subsidiary after the successful acquisition on April 16,2018.Since then, Scomnet’s earnings had expanded obviously.

This was evident when Scomnet announced a huge jump in its net profit to RM12.17mil for its financial year ended Dec 31,2018, from RM2.59mil previously. Revenue also increased to RM88.29mil from RM34.45mil previously.

For its first quarter to March 31, Scomnet’s net profit jumped to RM3.75mil from RM1mil in the same period of the previous year. Revenue more than doubled to RM24.97mil from RM11.81mil.

The company is set to announce its second-quarter results over the next few days.

Supercomal’s principal activities are in manufacturing and the sub-assembly of cables for the medical device market.

The main characteristic of such cables is to transmit precise and continuous measurement of critical information from the patients to various display units.

Meanwhile, Edwards Lifesciences beat its second-quarter earnings to 2019 and upped its earnings per share guidance for the full year of 2019.

In April, Edwards Lifesciences set up a regional business hub in Malaysia and said that it would be investing RM100mil over the next five years. 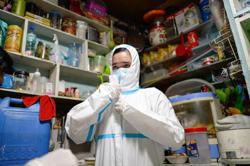