Scomi on the fast-track

Rail expert: Scomi is one of the few companies with experience in rail engineering, for example the KL monorail project.

ON the surface of it, the current state of the Malaysian construction sector looks stagnant and appears to be mired in a lot of waiting and bureaucratic hurdles.

This could, however, just be the quiet build-up before the pipeline of work comes flowing out.

Tony Pua, the political secretary to the Finance Minister, gave the strongest hint earlier this month when he said there are plenty of infrastructure projects in the pipeline that will be introduced by the government in the near future.

Pua said that the government’s position on infrastructure has always been “it needs to be built”.

“My understanding is that there are a lot of projects being analysed at this point in time. There are plenty more infrastructure projects that the government is looking at currently,” Pua was quoted as saying by StarBiz.

Without giving further details, he said these projects would only be announced after studies can prove they are technically feasible and economically justifiable.

“It is going to be an arena of rail projects in Malaysia. It is evident that most of the upcoming construction projects are all rail-based. Everyone is preparing to be part of the game now,” says a source.

Further down the line, there is also the KL-Singapore high-speed rail project.

Scomi has been in the news since April on the back of its restructuring exercise and its long-awaited settlement agreement with Prasarana Malaysia Bhd, dating back to 2011.

This was in relation to the Kuala Lumpur Monorail Fleet Expansion Project contract. The settlement came with a RM303mil contract, out of which RM181mil of works would be dished out almost immediately.

The announcement of this deal saw Scomi’s share price hitting limit up, jumping to a high of 14.5 sen from its previous close of 5.5 sen.

Then, in late May, in a bid to pare down its debt and strengthen its balance sheet, Scomi proposed a wide-ranging corporate exercise, which included a share capital reduction, a renounceable rights issue sweetened by free warrants and the settlement of liabilities.

Their entrance comes at a time when the RM44bil ECRL is set to be relaunched by the end of the month and the RM27bil PTMP looks set to take off.

Wan Azmi is said to be a well-known associate of Tun Daim Zainuddin, who, in turn, is said to be close to Prime Minister Tun Dr Mahathir Mohamad. Flashback: Scomi testing the the monorail train several years back.

It is very likely that Wan Azmi and Zakhir are preparing for the influx of mega-rail projects that will be up for grabs and that Scomi will be their vehicle to try to get a slice of the contracts.

(Scomi’s single largest shareholder with a 21.39% stake) has supported the entrance of these two shareholders.

“The synergies created between the new shareholders together with IJM will contribute to a stronger balance sheet and better relationships and more leverage, moving forward,” says a source.

Board changes recently took place in IJM, with Tan Sri Krishnan Tan assuming the role of chairman from his previous position of deputy non-executive chairman.

Tan is a well-known industry figure and was the former CEO and MD of IJM for 14 years until 2010.

The source added that if Wan Azmi and Zakhir are in Scomi, it won’t simply be a case of business as usual. Big things will be brewing.

“The reality is that in Malaysia, Scomi is perhaps one of the very few rail engineering companies with the facilities and track record. This factor alone will render it a frontrunner for upcoming rail jobs,” says the source.

He adds that the new shareholders likely have international plans for Scomi as well.

“Scomi has already done work in Brazil and India. I think the longer-term plan is for Scomi to emerge as a major regional rail engineering company. It will perhaps tie up with foreign partners and look for long-term projects that deliver recurring income,” adds the source.

coming soonFor now, though, the two largest and most anticipated rail projects that are set to be rolled out are the RM44bil ECRL and the RM27bil PTMP.

The ECRL is scheduled to be relaunched on July 25, following the signing of the supplementary agreement between Malaysia Rail Link Sdn Bhd and China Communications Construction Company Ltd in April this year.

The planned relaunch follows the pre-qualification round held at the end of May, which attracted 1,321 submissions across all levels of contractors.

Local contractors could secure between RM8.8bil and RM11bil in civil work contracts from the RM44bil ECRL.

As civil works typically make up 50% to 60% of the total project cost, research houses have pegged the total value of civil works for the ECRL at between RM22bil and RM26bil.

“While the tender rounds are likely to be fairly competitive, we believe selected rail players with track records will emerge as potential contenders,” says CIMB.

The company was appointed by the Penang government as the project delivery partner or PDP for the implementation of the PTMP.

The massive transport plan is seen as a reservoir of infrastructure work for local and foreign companies over the next 15 years.

The PTMP was introduced to put in place an integrated and modern transport framework for the state that includes public, private, land and sea transportation systems.

Then, there is the shelved RM400mil Putrajaya Monorail project, which sources say could be revived and announced soon.

After Tun Abdullah Ahmad Badawi took over the premiership in 2004 following Dr Mahathir’s resignation, the project was abruptly shelved, with the administration citing a lack of funds.

Sources say that plans are now afoot to revive the abandoned RM400mil Putrajaya rail link, with the option to make it a light rail transit (LRT), with an additional extension up to the Kajang mass rapid transit (MRT) station.

The rail link, which may potentially be Malaysia’s fourth LRT line, could likely be developed at a cost of about RM2bil, which includes systems work, sources say.

Wan Azmi and Zakhir will become substantial shareholders in Scomi following their RM42mil collective commitment to the company. This follows an upcoming rights issue, as well as a proposed restricted issue.

In a filing with Bursa Malaysia, Scomi said that Wan Azmi and Gelombang Global would be providing RM21mil each in loans to the company for their commitment to subscribe for their entitlement and excess undertakings in the rights issue. 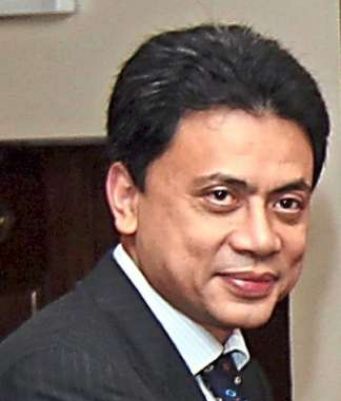 Man in the news: Zakhir is set to be a substantial shareholder in Scomi.

In the event that a subscription amount of less than RM21mil each is required from the parties to achieve a full subscription level, the group says the balance amount would be allocated for the restricted issue.

The proposed exercises will see Wan Azmi ending up with a 16.99% direct stake in the company under a maximum scenario, and 6.29% under a minimum scenario once the restricted issue is completed.

At the moment, Wan Azmi already owns a 0.75% stake in Scomi, while Gelombang Global has a 0.01% equity interest.

Scomi also said it would be undertaking a proposed restricted issue of 215.1 million shares to Wan Azmi and Gelombang Global.

The restricted issue shares will come together with up to 71.7 million detachable warrants, and at an issue price of 19 sen per share.

The proposed restricted issue will only be implemented in the event that there is insufficient excess rights shares to be allocated to Wan Azmi and Gelombang Global following the excess undertakings.

Scomi also announced a revision of its proposed share capital reduction and updates on two other exercises in the filing.

Earlier, on May 27, the group had proposed a wide-ranging corporate exercise, which included a share capital reduction, a renounceable rights issue with free warrants and the settlement of liabilities.

The rights issue exercise, it said, would see Scomi raising between RM75.59mil and RM214mil.

In the updated announcement on Thursday, Scomi said it had achieved a total of RM76.59mil in irrevocable written undertakings provided by four parties - its largest shareholder IJM, its CEO Sammy Tse Kwok Fai, Wan Azmi and Gelombang Global.

This, it said, was higher than the minimum subscription level it had announced earlier.

The net proceeds, it said, would be used to repay debts and for working capital.

Scomi also announced a further reduction in its issued share capital. Its paid-up share capital will be reduced from RM224.96mil to RM3mil instead of RM40mil as announced on May 27.