Strong demand: Proton says 15,175 units of its X70 have been delivered in the first half of the year.

National carmakers Proton and Perodua dominate sales over their foreign counterparts in the first half of this year as more customers traded their cars for more competitively-priced sport-utility vehicles (SUVs) despite the uncertain economic conditions.

According to data by the Malaysian Automotive Association (MAA), Perodua sales rose 4% to 121,782 units in the first half of 2019 compared with the first six months of 2018, while Proton registered a 60% surge in sales to 43,518 units during the same period.

Perodua and Proton have a combined market share of 55.8% as of June.

Going into the second half of the year, analysts and industry experts believe Perodua and Proton will maintain their dominance over the local automotive sector.

Says MAA president Datuk Aishah Ahmad: “I believe they will continue to perform in the second half of this year. Perodua has been doing well with its existing models, while Proton’s X70 SUV has been very well received.”

“However, don’t expect the non-national car companies to stay still, as they will be promoting their products through aggressive campaigns,” she said at MAA’s second bi-annual media conference earlier this week.

As of June, Perodua commanded a total industry volume (TIV) market share of 41.1%, marginally higher than the 40.4% it had in the previous corresponding period. 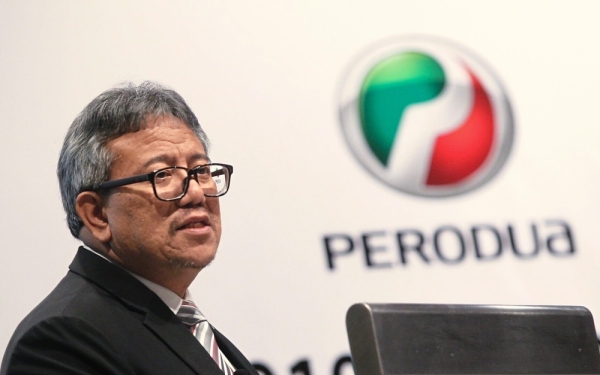 Zainal: We want to be able to manage our waiting period and fulfil customer demand.

Proton, which was the third highest selling car company in the first half of this year, saw its market share jump to 14.7% from 9.4% a year earlier.

In second spot was Honda, which saw its sales slip to 44,260 units in the first half from 51,354 units in the previous corresponding period. The Japanese car manufacturer saw its year-on-year market share slip to 14.9% from 17.7%.

AmInvestment Bank Research, in a recent report, noted that the national marques surged ahead of their non-national rivals’ market share in the first quarter of this year.

“This was driven by the ongoing strong demand and deliveries of Perodua’s third generation Myvi (2017) and the popular Proton X70 SUV.”

The research house expects the national marques’ sales volume to continue being strong and steady going forward, underpinned by new launches such as the recent facelifts of the Iriz, Exora and Persona, as well as the upcoming launches of the Saga and X50.

“These models are very affordably-priced and are catered for the mass market, targeted towards consumers in the low-medium income group.”

AmInvestment Bank Research adds that consumers generally are having a change in preferences and are looking more towards national cars, as they offer similar alternatives at more competitive price-tags.

“Hence, we strongly believe that the national marques will continue to capture a majority of the TIV market share going forward in 2019.” 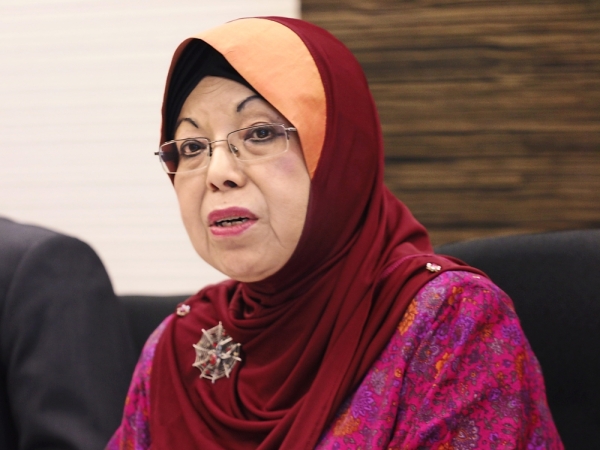 Aishah: Perodua has been doing well with its existing models.

The stellar sales performance saw Perodua announcing this week that it is revising upwards its 2019 sales target to 235,000 units from 231,000 units initially, underpinned by sustained healthy demand for all its models.

The target, if achieved, would be a new record high for the national carmaker.

Perodua sold 227,243 vehicles in 2018, which was its highest annual sales achievement in history.

To maintain the momentum, Perodua president and chief executive officer Datuk Zainal Abidin Ahmad says focus for the remainder of the year will be on reducing the waiting period.

“We’re positive for 2019, but we’re also being cautious. We want to be able to manage our waiting period and fulfil customer demand,” he said at a briefing on Perodua’s first-half sales performance earlier this week.

The company’s top seller for is the Myvi, followed by the Axia and Bezza models.

Zainal declined to reveal if the company would be launching a new model later this year.

“In terms of model development, we have the capability of producing one full (new) model and one with minor changes (facelift) in a year.

He also clarified that Perodua would not be launching an SUV this year, shooting down rumours that the company was developing a new SUV for the Malaysian market.

Meanwhile, Proton announced earlier this month that it captured an 18.1% share of the local TIV in June, its highest share figure since July 2015.

The national carmaker said in a statement that it sold 7,615 units car for June, a month when the TIV for the Malaysian automotive market is estimated to have shrunk by 30.8% to 42,090 units.

“Proton, however, bucked the trend as sales grew by 23% compared with June last year, helping us finish second in the sales table for the third consecutive month.”

Proton says 15,175 units of its X70 was delivered in the first half of the year.

“Sales of the Proton Saga continue to grow with 2,541 units delivered in June, contributing to a volume growth of 27% over the first six months of 2018.

“The other models, now updated with intelligent features are performing equally well with bookings for the 2019 Proton Persona, Iriz and Exora increasing by an average of 108%, 180% and 135% respectively compared to their pre-update booking numbers.” Citing a local news report, CGS-CIMB Research notes that Proton is planning to launch a new compact SUV, the X50, in the second half of 2020.

The research house says it is encouraged to learn that Proton has managed to reignite consumer interest with the success of the X70.

“Proton appears on track for recovery with multiple new model launches in the pipeline. Proton plans to launch one new model a year from 2019 to 2023.

“Meanwhile, Proton has started local assembly trials for the X70 at the Tanjung Malim plant in June following the completion of its first phase of expansion. The complete-knocked-down version of the X70 is expected to be launched by end of 2019.”

CGS-CIMB Research says the X50 will likely compete in the B-segment compact SUV market, which is dominated by the Honda HR-V, Mazda CX-3 and Renault Captur.

“Although there was no official pricing from Proton, several automotive news portals estimated the selling price for the X50 to hover in the RM70,000 to RM90,000 range, which is very competitive relative to its peers.”

Kenanga Research meanwhile says 2019 is set to be the “year of SUVs.”

“This will be supported by the value-for-money segment which will be focusing on the affordable variants led by Perodua (Axia, Myvi, Bezza, and Aruz), followed by Honda (with its entry-level Hybrid segment, Jazz and City Sport Hybrid, as well as entry-level SUV segment, the BR-V).

Kenanga Research notes that Proton is edging closer to Honda in terms of market share with its X70 SUV, supported by the Saga, Persona and Exora.

Despite the surge in sales of local marques, the MAA is maintaining its total industry volume forecast of 600,000 units for 2019, as consumers and businesses are expected to remain cautious in light of the current economic environment.

Except for February and June 2019, the year-on-year vehicle sales trend was consistently higher for the first half compared with the same period in 2018.

On a monthly basis, the sales volume for May was the highest, due to strong demand for vehicles arising from attractive pre-Hari Raya promotions and offers by MAA members.